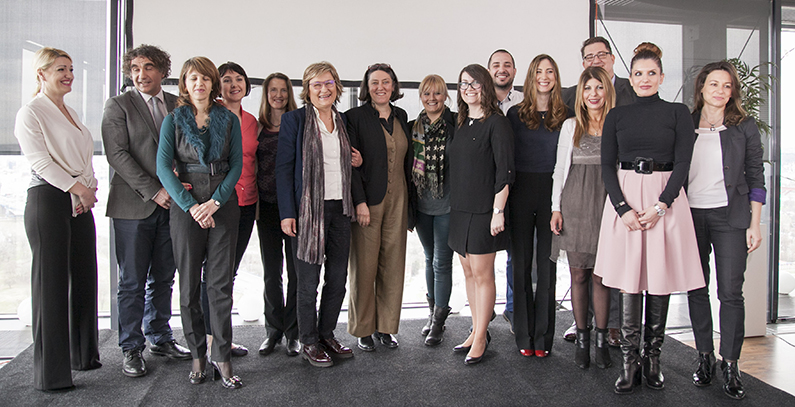 The German-Serbian development cooperation project „Advisory on Energy Efficiency in Buildings“ was officially concluded with a conference in Belgrade. On this occasion, results of the cooperation and examples of good practice were presented.

The project was conducted by Deutsche Gesellschaft für Internationale Zusammenarbeit (GIZ) in cooperation with the Ministry of Mining and Energy and the Ministry of Construction, Transport and Infrastructure. It lasted nine years, starting in 2008.

She said that today in Serbia there are almost 1.600 licensed energy efficiency engineers. Almost 1.500 energy performance certificates (EPC) have been issued since the introduction of the certification system. The efforts resulted in 150.000 MWh of primary energy savings in buildings and a decrease in CO2 emissions of about 30.000 tons annually.

Assistant minister of mining and energy Miloš Banjac said that Serbia is dedicated to implementation of EU directives in the field of energy and achieving its national energy targets.

„According to official statistics, buildings are responsible for 40 percent of energy consumption and 30 percent of CO2 emissions in EU countries. Improving energy efficiency in buildings has great potential for achieving energy savings, but the most demanding thing about it is to actually accomplish it“, Banjac said.

The city of Pirot was singled out as an example of good practice when it comes to energy efficiency improvement in municipalities and cities. The Mayor Vladan Vasić said that Pirot will establish a fund for energy efficiency at the first local assembly in March. The fund will invest RSD 15 million in improving energy efficiency of residential buildings.

„We are about to sign the first public-private partnership project in our city, one to replace energy sources and boilers in our schools,“ he said, adding that a feasibility study on the reconstruction of public lighting is being prepared. The project of a regional landfill construction has been implemented, and construction of a waste water treatment facility is being planned in cooperation with KfW bank.

Acting assistant minister of construction, transport and infrastructure Jovanka Atanacković said that the project resulted in the creation of a legislative framework for energy rehabilitation of buildings, as well as a national typology of residential buildings.

„Following the EU Directive 2012/27, Serbia will establish a long-term strategy for energy rehabilitation of buildings starting from 2020“, she said.

Chairwoman of the Parliamentary forum for energy policy Aleksandra Tomić said that the National Assembly, the Government building and Palace Serbia all received EPCs as result of cooperation with GIZ.

Closing conference of the project „Advisory in Energy Efficiency in Buildings“ was attended by many representatives of Serbian institutions, educational facilities and international organizations. A project to improve energy efficiency in public buildings is at the moment being implemented in Serbia, and is scheduled to last until 2018.