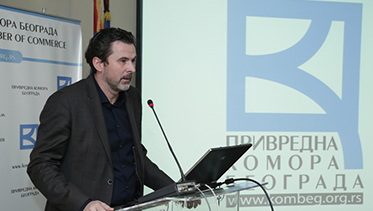 The Belgrade Chamber of Commerce organized a conference called Geothermal Energy is in Our Backyard, under the auspices of the city’s Secretariat for Energy and the Faculty of Mining and Geology of the University of Belgrade.

The event was attended by representatives of local municipalities and many companies and public utilities from Belgrade and Serbia, the chamber said at its website. The participants discussed the potential and the benefits of using geothermal energy and concluded it is the most cost-effective renewable source, but that its use in Serbia is only symbolic.

Secretary of energy Marko Stojanović pointed out that from 2009 to 2012 the research on underground water was done in Belgrade, after which the cadastre of geothermal water for the city was made. Total potential for energy production in Belgrade is 1.2 GW and on the territory outside the city it is 1.1 GW more. There is no systematic approach to the use of geothermal waters on the territory of Belgrade, the report said.