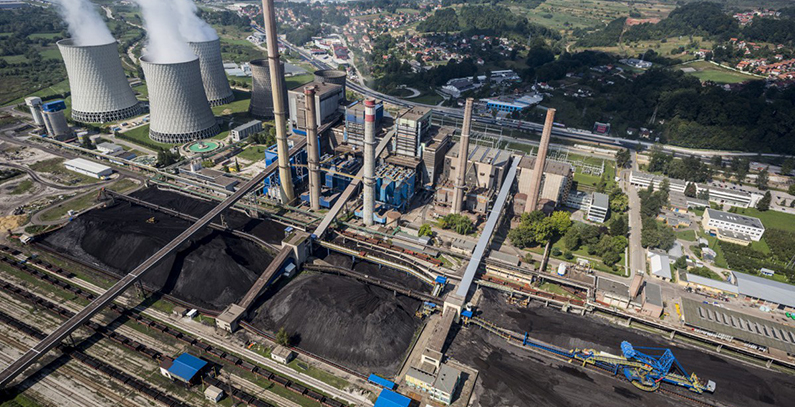 The House of Representatives of the Parliament of the Federation of Bosnia and Herzegovina (FBiH) has approved a guarantee for a EUR 614 million loan from the Export–Import Bank of China’s (Chexim – China Exim Bank) to state-owned power utility Elektroprivreda BiH (EPBiH) to build a new, 450 MW unit of the Tuzla coal-fired power plant. The project is now pending approval from the House of People of FBIH Parliament, which must also give a green light to two agreements – on the credit line (between Chexim and EPBiH) and on the guarantee (between Chexim and FBiH).

The House of Representatives started discussion on the guarantee on February 28 but decided to postpone it for yesterday, when the approval was given. All members of the House of the Representatives, except for six who abstained, voted in favor the BAM 2 billion (EUR 1 billion) project. The new Tuzla 7 unit will replace the aging units 3 and 4 at a thermal power plant (TPP)Tuzla.

The Energy Community Secretariat advised FBiH Parliament in October not to approve the guarantee because it represents illegal state aid. The Secretariat repeated its advice on February 26, two days before the scheduled vote in the parliament.

On March 5, the Secretariat also released an independent legal analysis confirming its assessment that the guarantee constitutes a breach of the Treaty on the Functioning of the European Union (TFEU) and the Energy Community Treaty.

According to the Fena agency, FBiH Prime Minister Fadil Novalić has said that the Tuzla 7 project will provide a market for the coal mines, in what will secure their future production.

He also said that this is the largest investment in BiH in the last 40 years.

Another benefit from the project will be an increased energy independence of FBiH, Novalić said, noting that energy is a strategic commodity and a state should seek to be as independent as it can

He noted that the investment will be located in Tuzla, a town that was bypassed by the highway, so the construction of the Tuzla 7 unit demonstrates the will to equally distribute investments in FBiH.

Novalić said the country cannot rely entirely on renewable energy sources given their intermittency due to possible longer periods without rainfall, wind, or sunny weather.

According to Klix.ba portal, he said that EnC Secretariat reacts by default, but a state cannot hide behind the fact that some Energy Community has introduced some bans.

Novalić said that the share of renewable energy in BiH is 42%, so there is no reason to be concerned.

BiH shouldn’t be allowed to export electricity to EU – Bankwatch

BiH Federal House of Representatives has approved an illegal loan guarantee in blunt contempt of its commitment to abide by EU law on subsidies under the EnC Treaty, Bankwatch said on its website.

According to Bankwatch, under the Energy Community Treaty, BiH must follow EU rules on subsidies in the energy sector. Among other things, in most cases state guarantees may only cover maximum 80% of the total loan amount.

“The proposed guarantee for Tuzla 7, however, covers 100% of the loan, plus interest and other associated costs. There are circumstances in which this is allowed, but, as a September 2018 complaint to the Energy Community by the Aarhus Resource Centre and Bankwatch argued, the relevant conditions are not fulfilled in this case,” Bankwach said.

Nina Kreševljaković of the Aarhus Resource Centre said it is clear that vote was not based on an assessment of the documents by the parliamentarians or the findings in the independent legal analysis of the EnC Secretariat.

The approval is a consequence of post-election political trade-offs and completely ignores the undeniable long-term negative impacts of this decision on BiH citizens, she added.

Pippa Gallop of CEE Bankwatch Network said that BiH shouldn’t be allowed to export electricity to EU countries if its politicians flagrantly breach the law.

“The country can’t have it both ways. It has to decide: is it committed to participating in the EU energy market or not?” she noted.