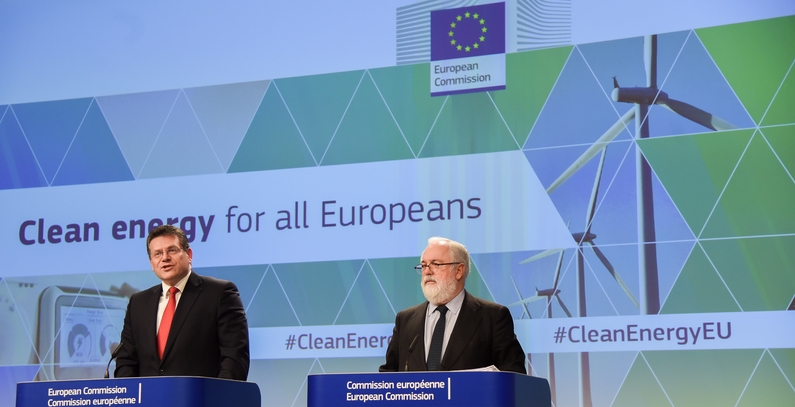 The European Commission has presented an ambitious energy strategy, dubbed “Clean Energy for All Europeans” with plans to cut carbon-dioxide emissions by at least 40% before 2030.

The proposed legislation covers energy efficiency, renewable energy, the design of the electricity market, security of electricity supply and governance rules for the Energy Union, and a strategy for connected and automated mobility.

The executive body of the European Union aims to keep on modernising the EU’s economy through investment and innovation. The European Commission (EC) has stated three goals: to further promote the energy efficiency; to achieve global leadership in renewable energy and to provide a fair deal for consumers.

“These measures will equip all European citizens and businesses with the means to make the most of the clean energy transition,” according to Maroš Šefčovič, the EC vice-president for Energy Union.

In the investment package, the EC promised it will improve conditions and give incentives for investments in the grids, new generation, housing and industry. The bloc plans to create about 400,000 new jobs, reduce gas imports by 12%, saving EUR 70 billion in fossil fuel import bills. The EC estimated the combined effects would add EUR 130 billion to the economy and reduce health damage costs by EUR 8.3 billion, also saving over 30,000 lives each year.

The Commission plans to push for more investments in renovation of buildings, which account for 40% of energy consumption in the EU. The Smart Finance for Smart Building initiative should promote investments, growth and jobs in the field of energy efficiency and renewables. This can further help create a market valued between EUR 80 billion and EUR 120 billion. The EC promised to pull up to 3.2 million households out of energy poverty thanks to energy savings and lower energy bills.

More renewable energy sources are needed in transport, and the new measures would boost usage of advanced bio-fuels, electricity, hydrogen and renewable synthetic fuels. “Investments in renewables have dropped in the EU by more than half since 2011. We now account for only 18% of global total investment,” noted Miguel Arias Cañete, the Commissioner for Climate Action and Energy. That is in stark contrast with the EU’s plans to become a global leader in renewable energies.

“The EU has a target to achieve a share of at least 27% renewables in final energy consumption by 2030, which includes a 50% share of renewable electricity,” said Miguel Arias Cañete.

The innovation efforts would be supported with an easier access to a re-shaped energy market, in which consumers would have a more active role.

“All consumers across the EU will be entitled to generate electricity for either their own consumption, store it, share it, consume it or to sell it back to the market,” said the European Commission.