Energy transition in BiH: burden or chance for development 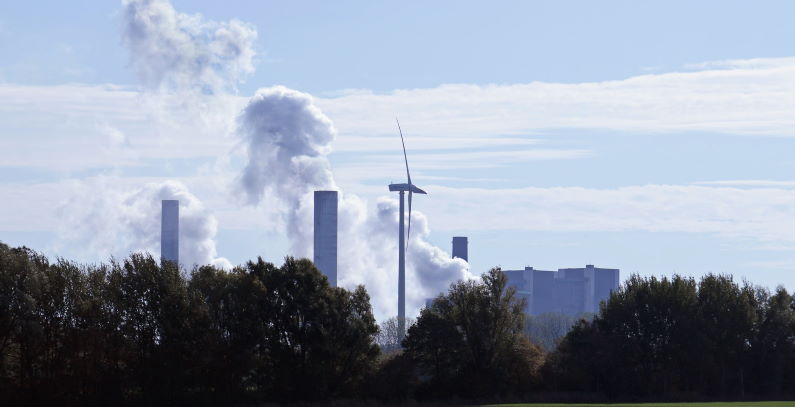 Experts Damir Miljević, Nikola Rajaković and Igor Kalaba called for reform and the beginning of the energy transition away from coal in BiH. The new analysis indicates the process would be the most cost effective if started right away.

Bosnia and Herzegovina (BiH) must begin the energy transition process in earnest as soon as possible as otherwise it would suffer a financial and social collapse, according to the authors of the latest analysis published by the Center for Environment from Banja Luka. The document was produced within the campaign Stop Dirty Energy – Because the Future is Renewable, which focuses on the conversion of the electric power system in the country to renewable energy sources and the protection of the environment and health.

It was written by economic analyst Damir Miljević, university Professor Nikola Rajaković and Igor Kalaba from the Center for Environment (CZŽS). They address common misconceptions about energy transition.

The report covers the political, technical and technological and the economic aspect, outlining the current situation, latest trends and obstacles and opportunities for BiH in energy decarbonization. There are myths are still deeply rooted not only in the general public but also among professionals and certain decision makers, Kalaba said.

“There are those related to the economic sphere, for instance that renewable energy sources are expensive. Others are about technology – that an energy system based on renewable sources is unstable and so on. With this analysis we offer answers to those questions and contribute to the debate and the beginning of the energy transition in BiH as soon as possible,” he stated.

The team determined energy transition is the best path for BiH for a variety of reasons, not only because of international obligations but primarily for the welfare of the country and its citizens, and that it would be the most cost effective if undertaken as soon as possible. Besides, technically it is feasible and a stable energy system leaning only on renewables is by all means possible with a paradigm change and the use of modern technologies, CZŽS said.

Miljević pointed to the numbers, saying they are not questionable and that they don’t offer room for political maneuvering. In his words, the coal sector makes losses and it will continue to do so with the new trends while prices of renewables are drastically falling every year. All strategic documents should be adapted as it is a new chance for the economy, the expert said.

“It is also necessary to change the incentives system for renewables as soon as possible, given that the current system favors the especially harmful small hydropower plants, which are destroying our water streams and ecosystems using citizens’ money, and they also spend money that would have to be redirected to support citizens that can become energy producers and cut energy expenses for their households that way, and at the same time take some of the burden off the electric power companies in BiH,” Miljević stated.

The authors recommend revising national strategies for energy, transportation, construction and environmental protection to focus on a specific decarbonization date not later than 2050, matching the EU’s goal. The new approach would have to introduce reviews every ten years.

Rajaković told Balkan Green Energy News the coronavirus pandemic would yet need to be thoroughly studied but that it may accelerate the energy transition.

“Regardless of the fact that the connection isn’t direct, energy and power consumption drastically dropped in countries that imposed movement restrictions. The need for a transformation toward net zero carbon emissions is stronger than one year ago. Coal can still have a role but only if carbon dioxide is captured and stored with CCS technology. On the other hand, it makes the fuel much more expensive,” he asserted.

Rajaković: Each country should take the most suitable decarbonization path

It is encouraging to see that young activists are taking legal actions against their governments for lagging behind goals from the Paris Agreement, the professor said, adding the new generation is aware of the mistakes from the past. “Professionals are very important as there are many ways for the transition, so we must determine the most suitable one for each country. The Balkans have good potential, but also the coal heritage,” Rajaković noted.

The team wrote the country must introduce the rule that the polluter pays, including carbon dioxide, and direct the funds to decarbonization efforts. According to the conclusions, state aid for fossil fuels must be abolished and the government would then support the energy transition in BiH, especially in municipalities currently dependent on coal mines and thermal power plants. It would mean helping the workers there who would lose jobs.

The incentives for commercial energy facilities running on renewable sources should be scrapped and redirected to energy consumers, energy cooperatives, the production of energy for own needs, energy efficiency and fighting energy poverty, the experts underscored.