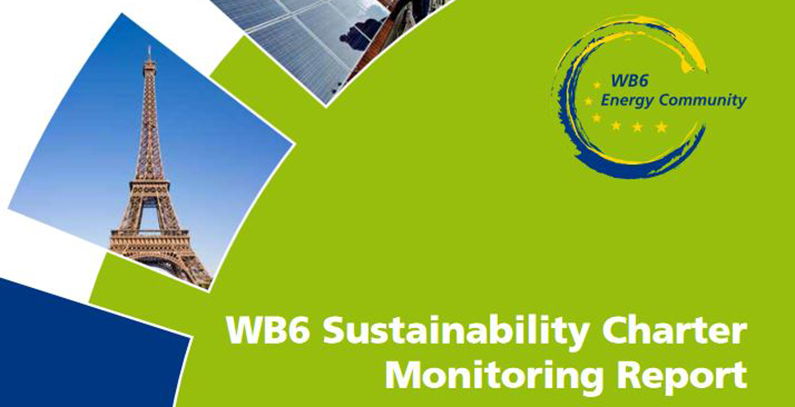 The six Western Balkans countries, Albania, Bosnia and Herzegovina, Kosovo, Macedonia, Montenegro and Serbia, signed a Sustainability Charter at the last WB6 Summit held in Paris in July last year, to serve as a guidance and support for their transition towards low-carbon and climate-resilient energy sectors.

According to the report, the market for energy services is developing at an accelerated rate in Serbia, prompted by the adoption of secondary legislation and project tendering in public buildings and street lighting.

Kosovo and Albania also made progress with the adoption of the Energy Performance of Buildings Directive (EPBD) laws, and the implementation of the EPBD is generally going well in all WB6 member states.

Several WB6 counties are working on establishing their national energy efficiency revolving funds, but more country ownership and political support is needed to make full use of the existing programs (such as the EUR 50 million grant for the Regional Energy Efficiency Programme (REEP) II and the Green for Growth Fund), the EC Secretariat’s report finds.

Albania made a significant step forward on smart support measures for renewable energy deployment, with the adoption of the Law on Promotion of the Use of Energy from Renewable Sources. This law introduces a competition-oriented auction procedure for the allocation of future renewable energy capacities. Another novelty in Albania is net-metering schemes, which allow the renewable energy consumers to generate, store, sell and consume their own electricity.

WB6 countries are generally fulfilling their obligations with respect to climate action, the Report finds.

Albania ratified the Paris Agreement and Bosnia and Herzegovina is soon to follow. Greenhouse gas emissions inventories and monitoring mechanism regulation (MMR) are being implemented on an informal basis in most WB6 countries, mostly due to the lack of clear institutional arrangements and proper legal basis defining responsibilities in this sector.

Business to change the role of authorities

The WB6 national authorities provide little support for investors  who are dealing with the heavily bureaucratic systems in these countries.

However, the complexity of the business relations in the region is expected to grow with more investments in the renewable energy sector, which will bring about a challenging perspective on the role of the state authorities.

The Energy Community Secretariat’s progress report is published every three months with the mission to outline achievements, identify challenges and monitor implementation of the WB6 commitments in the priority areas.

Assessments are made upon Secretariat’s experts personal experience and exchange, desk research and information collected during interviews and country missions.

Progress made by WB6 countries under the Sustainability Charter will be included in the annual report and will be discussed at Ministerial level during the next WB6 Summit in Trieste on July 12.