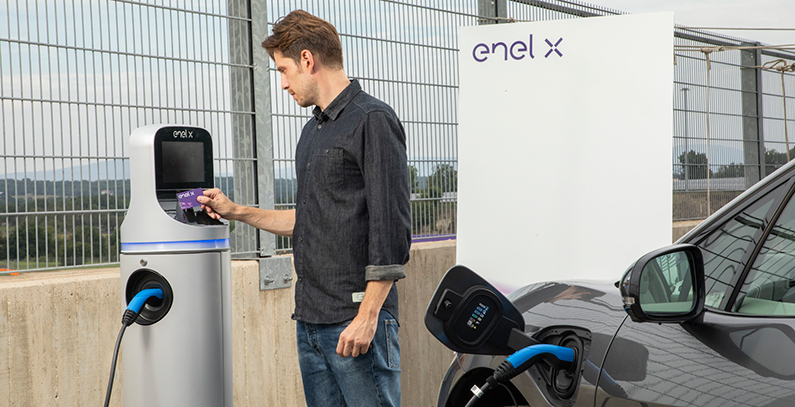 Enel X Romania, part of Enel X, the energy services division of the Enel Group, has put into operation a network of 34 charging points for electric vehicles in Bucharest and surrounding areas.

The charging stations are part of a plan to develop an extensive charging infrastructure for EVs throughout Romania, announced in 2018. The company said at the time it would invest EUR 15-20 million in the installation of around 2,500 charging stations between 2019 and 2023.

Romania currently has 191 EV charging points on 104 locations, according to electromaps.com data.

According to the latest press release, Enel X has installed a 2×22 kW charging point, called JuicePole, which allows two electric vehicles to be charged simultaneously as well as charging up to 40% of the battery level in 30 minutes.

The company has also rolled out the JuicePass app which allows users to access a network of over 50,000 public charging points in 18 European countries.

A few days ago Enel X said that it had expanded its electric vehicle charging network to more than 50,000 public charging points, marking a significant increase from about 30,000 already available in early June, by kicking off eRoaming connectivity with North European EV charging point operator Last Mile Solutions as well as has·to·be and E.ON.

Enel X JuicePass app users now can charge their EVs without signing new contracts at an additional 20,000 charging points in Austria, Belgium, Switzerland, Germany, and the Netherlands, the company said.

The app allows them to check the status of charging points on an interactive map either in the app or on the website. They can see whether a charging station is available, busy or under maintenance, as well as its type (fast or ultra-fast charging), type of charging cable, power, accessibility and distance to reach it.

A similar app, called espoTs, was launched a few weeks ago by Croatian telecoms company Hrvatski Telekom, which also operates a network of EV charging stations.