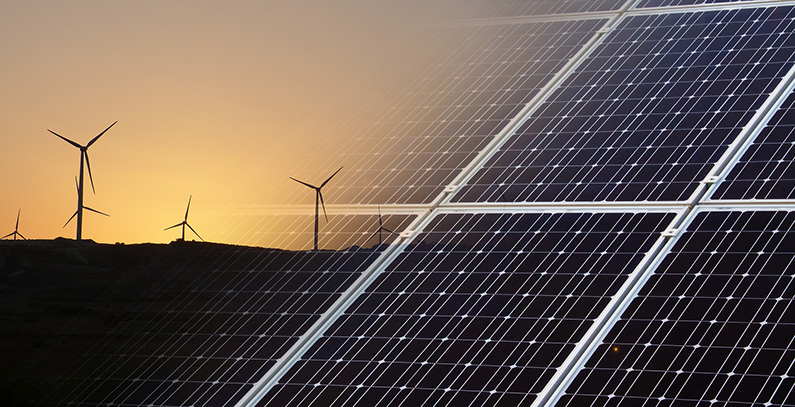 The European Bank for Reconstruction and Development (EBRD) has supported Hellenic Petroleum’s diversification of activities into the area of renewable energy by subscribing to EUR 28.3 million in bonds issued by the Greek company.

The EBRD announced that it has signed the first project under its new framework for renewable energy in Greece by subscribing to EUR 28.3 million in bonds issued by Hellenic Petroleum.

The funds will support the company in developing a pipeline of photovoltaic and wind projects with a combined capacity of 190 MW.

Hellenic Petroleum has issued EUR 450 million in bonds in two tranches, with the EBRD subscribing to the second tranche of EUR 74.5 million alongside the Black Sea Trade and Development Bank and other selected institutional investors.

The EBRD launched its Greek Renewable Energy Framework in March 2017. The goal of the EUR 300 million facility is to finance investments in electricity generation from renewable sources and in electricity distribution and transmission capacity to improve efficiency, reduce losses and enable the integration of renewables into the grid.

The Framework was established after the introduction of a market-based, renewable-energy support scheme in Greece, that introduces competitive auctions to replace fixed-price feed-in tariffs.

“We are very pleased to support Hellenic Petroleum in diversifying their business into renewable energy. Our new renewables support scheme in Greece lays a sustainable foundation for the development of the sector, in particular by using a competitive mechanism. The success of such a strong and experienced company as Hellenic Petroleum is a real endorsement for that mechanism”, Harry Boyd-Carpenter, EBRD Director for Power and Energy Utilities, said.

Andreas Shiamishis, Deputy CEO and CFO of Hellenic Petroleum, added the EBRD’s commitment to Greece and the renewables sector is aligned with company’s strategy and supports economic growth and investment in the country.

Projects under the Greek Renewable Energy Framework have to be fully compliant with the EBRD Green Economy Transition (GET) approach aimed to raise its annual business investment in green energy to 40 per cent by 2020.

Between 2007 and 2016, the EBRD invested more than €3.5 billion directly in renewable energy across all its countries of operations, supporting 104 projects in 23 countries, and funding more than 5.3 GW of capacity.