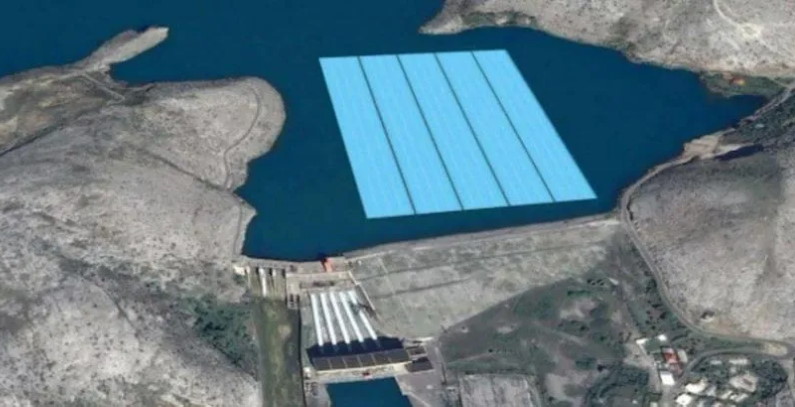 Albania’s state-owned power producer may cover most of the cost for its hybrid power plant project with debt. EBRD targets October 21 for the approval of a secured loan of EUR 9.75 million for a floating photovoltaic system on the reservoir of the Vau i Dejës hydropower plant owned by KESH.

The European Bank for Reconstruction and Development revealed it is considering the possibility to back a hybrid power plant in Albania. State-owned power producer KESH has a 12.9 MW project for a floating solar power plant, which it plans to install on the reservoir of the Vau i Dejës hydropower facility and EBRD said it may cover EUR 9.75 million with a secured loan for the special purpose vehicle responsible for the endeavor.

The electricity produced by the new system, worth EUR 13.94 million, will be sold at market terms. According to the project summary document, the loan approval date is October 21.

KESH owns the 260 MW hydroelectric power station near Shkodra, part of its river Drin (Drim) cascade. The Vau i Dejës is the last one in the series. Of note, Albania has said it intends to start building the Skavica 210 MW hydropower plant upstream from the three existing ones.

The state-owned utility’s floating solar plant in Vau i Dejës would promote the technology to increase the region’s solar capacity through the efficient use of existing hydro reservoirs, EBRD said. At the same time, Statkraft is installing the first floating photovoltaic plant in Albania with Ocean Sun, also from Norway. Located near Elbasan, it is planned for the capacity of 2 MW.

KESH’s 12.9 MW project will strengthen its operational and financial performance, EBRD stressed. “The transition impact arises from delivering climate mitigation benefits… The project will be built with minimal land utilisation and help reduce evaporation from water surfaces resulting in overall efficient use of resources,” the document reads.

The photovoltaic system on the artificial lake will span 11.8 hectares. Planners said it would prevent algae growth and improve water quality.

Environmental and social due diligence (ESDD) is underway, according to the bank, to collect biodiversity and social baseline data and assess any critical habitat or priority biodiversity features as appropriate before the decision on the loan.

Albania has been making efforts to diversify its energy mix, which is dominated by hydropower. The country is vulnerable to changes in hydrological environment, so droughts can make it import electricity.