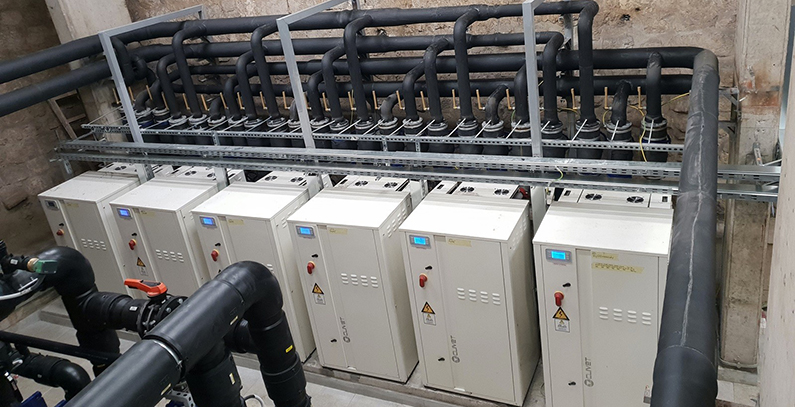 The heating and cooling system in the Rector’s Palace or Knežev dvor has been finished. It also covers the city hall, movie theater Sloboda and the Marin Držić theater, according to an update on Dubrovnik’s official web page.

Works were financed from the Seadrion project, in which Dubrovnik Development Agency, DURA, participated. It was backed by the European Union. Six heat pumps were installed to exchange energy with seawater and enable heating and cooling. The intake is in the old port and the recirculation is conducted in the station. The substations are in the Rector’s palace, the city hall and the theater.

The endeavor cost HRK 3.19 million (EUR 428,100) before value-added tax, and the maximum sum from EU funds is EUR 70,000. Without VAT, the replacement of the pipeline toward the theater came in at HRK 151,400. The local authority stressed the pilot project was executed in a protected area, designated by Unesco. The Croatian city in the far south was independent until 1808, when the Republic of Ragusa was dismantled by Napoleon’s forces.

Seadrion includes cooperation between research institutions and private partners in technology. They gather data on the demand for energy in the regions that participate. At the same time, one of the objectives is to determine target groups of users. Another project is underway in Crikvenica, in the country’s west coast, and the third one is in Greece.

The University of Zagreb and its Faculty of Mechanical Engineering and Naval Architecture is the main partner. Other active entities are Golea (Goriška Local Energy Agency) from Nova Gorica in Slovenia, the nearby Municipality of Izola, Centre for Research and Technology Hellas (Certh) from Greece and the National Agency of Natural Resources, AKBN, of Albania.

The two-year project for heating and cooling on seawater is expiring at the end of January. DURA was granted HRK 1.08 million. Total budget is EUR 824,000, of which EUR 642,000 is from the European Regional Development Fund. Another EUR 58,100 was allocated from the IPA II instrument for pre-accession.

Simultaneously, kindergarten Izviđač has been refurbished. The investment topped HRK 3.8 million, of which Dubrovnik got HRK 2.1 million from EU funds.

The public call for energy renewal of residential buildings under a seven-year European program through 2020 is expiring at the end of the month. The city government said that so far it received 24 regular applications for the production of project documentation, which it covers with 85%, and the works, cofinanced with a 20% share. The whole sum is HRK 686,200, of which HRK 200,000 is for the second part.