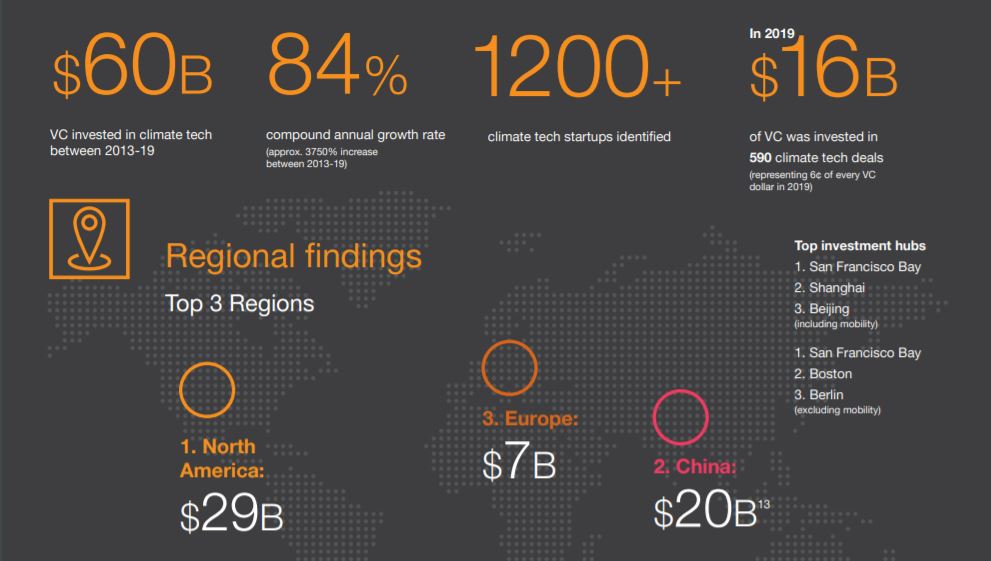 Startups in climate tech, a broad set of sectors tackling the decarbonization of the global economy with the aim of reaching net zero emissions before 2050, attracted some USD 60 billion in venture capital investments in the 2013-2019 period, growing by as much as 3750% over the seven year period.

This appears to have set the stage for a boom of climate tech into the mainstream investment and corporate landscape in the decade ahead, according to a report by PwC.

This compares with the venture capital industry as a whole, which deployed USD 264.4 billion last year, implying climate tech investment accounted for 6% of global venture capital activity in 2019. 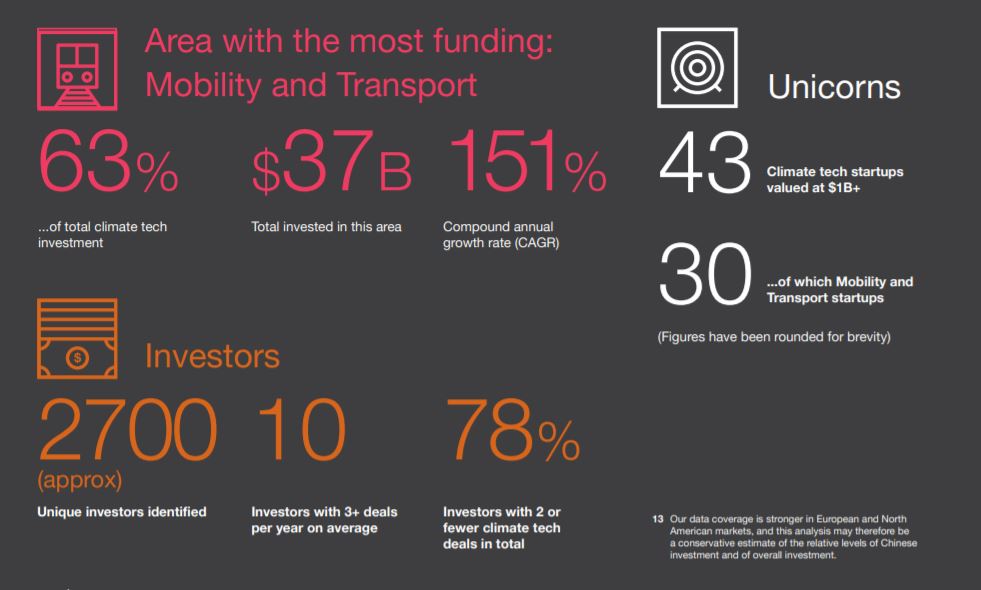 The sector that saw the most of these investments in 2013-2019 was mobility and transportation, pulling in USD 37 billion, or 63% of total climate tech investment, according to PwC. The compound annual growth rate in this area was as high as 151%.

Nearly half of investment were in the US and Canada, with Europe lagging behind

By region, North America (the United States and Canada) attracted about a half of all climate tech investment in the seven-year period, or USD 29 billion, followed by China, with USD 20 billion, and Europe, which lagged behind, with USD 7 billion.

The top investment hubs, including investments in the mobility sector, were the San Francisco Bay area and Boston in the US and Berlin in Germany.