Bulgaria to set up 10 hydrogen fueling stations by 2025 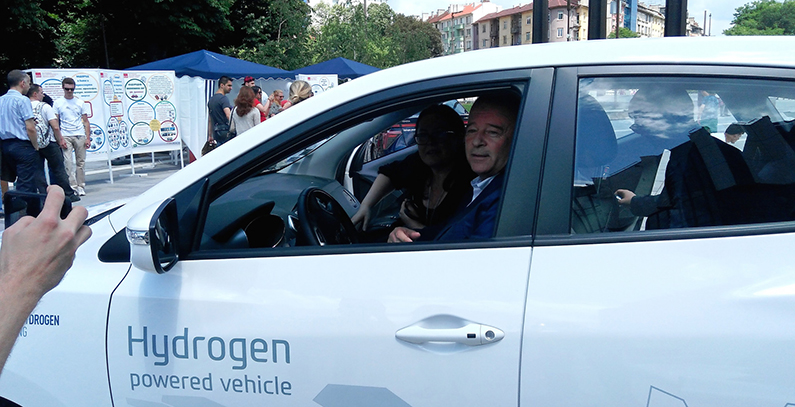 Ten hydrogen vehicle fueling stations will be installed in Bulgaria by 2025, Deputy Minister of Transport, Information Technology and Communications Anguel Popov has announced. The construction of the stations is envisaged under the national program for alternative fuel markets.

Popov also said that the possible locations for the hydrogen fueling stations are being examined and that it is highly probable that the first one will be built in Burgas. Also, according to a press release issued by the ministry, works are under way on the modification of the first Bulgarian passenger transport vessel that will run on hydrogen.

Currently, Bulgaria has no hydrogen filling stations on its territory.

Hydrogen can be produced from renewable energy sources, such as wind or solar energy, and can be used to power fuel cells in vehicles. A fuel cell generates electricity by forcing a fuel, in most cases hydrogen, to react with oxygen. On the market, the most popular hydrogen fuel cell cars are Toyota Mirai and Honda Clarity.