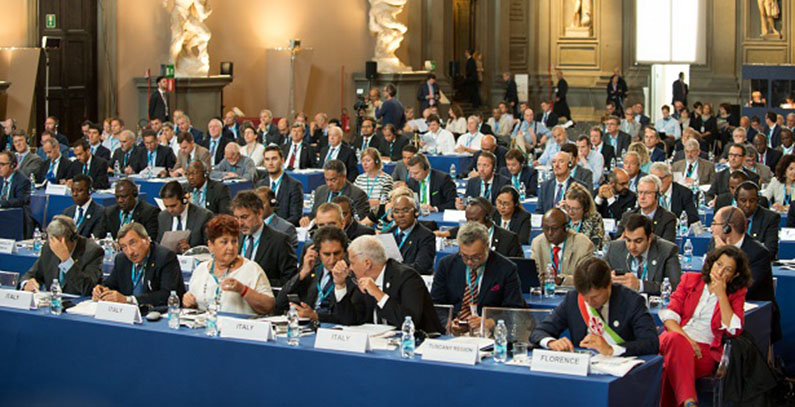 42 countries and 29 partner institutions, members of the the Global Geothermal Alliance (GGA), have signed  ‘Florence Declaration’ and agreed to work together to identify and implement measures that will significantly increase the speed of geothermal energy development around the world, following a milestone meeting between public and private leaders in Florence this week.

The meeting “Working Together to Promote Geothermal Energy Towards a Sustainable Energy Future” – the largest such meeting of ministerial representatives to discuss geothermal energy – was marked by the release of a new report “Geothermal power – Technology brief” from the International Renewable Energy Agency (IRENA), coordinator of the GGA.

“Conservative estimates set the technical potential for geothermal power production at 200 GW. This potential will only be released if emerging technologies such as enhanced geothermal systems continue to mature and enable access to resources that previously were inaccessible. The main barrier to further geothermal development lies in the difficult task of securing funding for surface exploration and drilling operations. This financial barrier can be addressed through public financing and the creation of public companies to exploit geothermal resources. Other barriers include environmental, social and administrative constraints”, report finds.

The global technical potential for electricity generation from hydrothermal resources is estimated to be 240 GW, with a lower limit of 50 GW and an upper limit between 1 000 GW and 2 000 GW.

The report also looks into environmental, social and administrative barriers.

Administrative barriers can be removed if governments ensure that their regulations establish a transparent and straightforward process that will foster the deployment of new projects.