10 years of Green Parliamentary Group: Reaching across the aisle – and region – on environmental protection

The GIZ Open Regional Fund for South-East Europe – Energy Efficiency (ORF-EE), which supports the work of the Green Parliamentary Group in Serbia and has encouraged and supported the establishment of similar parliamentary groups in several countries of the region, helped organize the conference.

The environment is a topic that should bring MPs together both within individual parliaments and across the region. The fact that we are all on the European path and that the EU has very serious environmental requirements shows that regional cooperation can be a way to address certain challenges. Last year in Montenegro, the GIZ and the School of Political Studies provided an impetus for forming a Green Parliamentary Group and it would be a pity to waste this opportunity. This would also provide an impetus to regional cooperation with other Green Parliamentary Groups in the region. 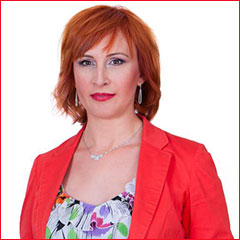 I congratulate the Green Parliamentary Group on 10 years of existence, as well our project partner, the BFPE. Through cooperation with the BFPE, the GIZ ORF-EE learned of the GPG’s work and promoted it through the regional network as a great example of parliamentary work in advocating green topics. This fact inspired, directly or indirectly, several parliaments in the region to establish their own Green Parliamentary Groups. In our further work we will continue to support both formal and informal bodies in parliaments in SEE in addressing the sustainable use of energy, energy efficiency, and climate protection and bringing these topics higher on the political agenda, as well as their regional exchange, as was the case today.

Sonja Licht, President of the BFPE, opened the event thanking all those caring about environmental issues the entire planet is facing, noting that the recent weather and floods alone bring the issue of climate change to the region’s doorstep.

“The environment knows no borders,” said Nada Lazić, a Serbian MP and a representative of the Green Parliamentary Group, noting that the group is an excellent platform for parliamentarians to rally on the issue of environmental protection, which is one of the pillars of sustainable development alongside the economy and society. 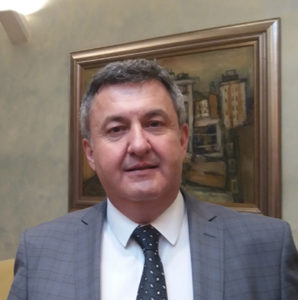 I congratulate the colleagues on the 10th anniversary. The issue of environmental protection is not an issue for any single country but for the entire region. I will recall the Chernobyl nuclear disaster a few decades ago and the impact it had on all of us, even though we are not very close to Ukraine. The issue that the Green Parliamentary Group in Serbia is tackling is one of the rare issues bringing people together in the entire region, no matter their political, religious or national background. This is why we should develop the environmental policy in both our parliaments and on the regional cooperation level.

Andrea Orizio, Head of the OSCE Mission to Serbia, reflected this sentiment, noting that “national boundaries have no meaning” when it comes to the environment. Orizio said that he was pleased to see some of the key political actors in Serbia in the audience, as well as representatives of parliaments in the region.

Parliamentarians from the region that took part in the conference included Aleksandar Damjanović from Montenegro, Hari Lokvenec from North Macedonia, and Saša Magazinović from Bosnia and Herzegovina. Their joint conclusion was that the entire region faces common environmental problems and should tackle them together, both through informal platforms such as informal parliamentary groups and through formal institutional cooperation.

Gordana Čomić, a Serbian MP and a member of the Green Parliamentary Group, noted that informal groups’ work has historically led to such breakthroughs as women’s suffrage and sustainable development.

For her part, Aleksandra Tomić recalled that the Serbian Parliamentary Energy Policy Forum, which she chairs and whose work is supported by the GIZ ORF-EE, is one of the informal groups in the parliament that serves for cooperation across the aisles and as a platform to learn more about the direction of energy transition in the EU. 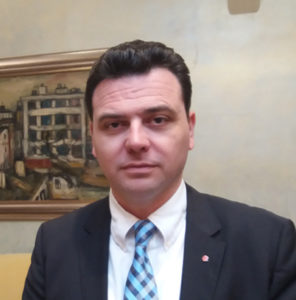 Too often we speak of good-neighborly relations in the region, and they are really not good. It is time to walk the walk, not just talk the talk concerning outstanding issues. Environmental protection can be the area in which the region can show it can speak with one voice. I think that the Green Club in Bosnia and Herzegovina is an example of good practice. The country has many differences, including political, regional and often ethnic, and the Green Club is an example of people with various backgrounds coming together to work for a common cause.

Participants agreed that the recent success of the Greens in elections for the European Parliament (EP) confirm that the environment, rather than major political issues, will be where the future of European citizens will be defined, while Yngve Engstroem, Head of Cooperation at the EU Delegation to Serbia, noted that the EU has become the world leader on environmental standards thanks to pressure from various green lobby groups.