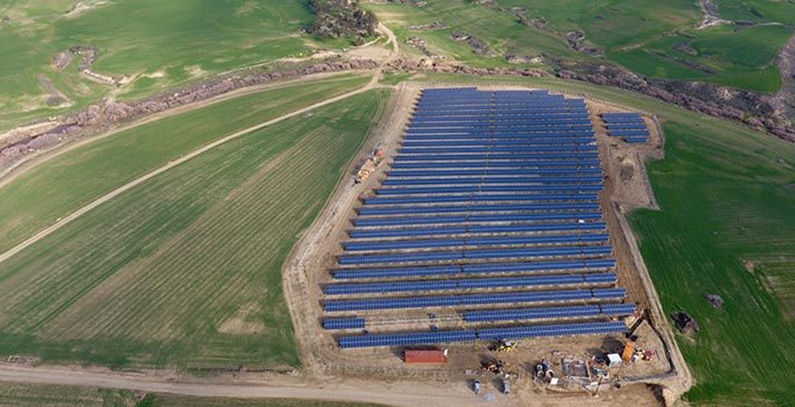 A 1.5 MW solar power plant was inaugurated in Cyprus on May 11 as the first of five plants planned to form a solar power farm in Nisou just outside Nicosia. The ceremony was held on the sidelines of the Annual Board of Governors Meeting of the European Bank for Reconstruction and Development (EBRD) which financed the project.

The EBRD has provided loans of EUR 10.85 million for the five solar power plants with a total capacity of 11.9 MW in Cyprus. Those plants will provide more than 21.420 MWh of clean power a year.

Although it has a high level of solar power potential, Cyprus remains dependent on fossil fuel imports.

The EBRD said in a statement that the 1.5 MW plant in Nisou, just outside Nicosia, is one of five which are due to be set up to provide 12 percent of the country’s solar power. The plants will produce more than 21.420 megawatt-hours a year and bring the total of amount of renewables in the country’s energy mix to about 9 per cent.

The ceremony was attended by Minister of Energy and Commerce Yiorgos Lakkotrypis; and EBRD Managing Director for Energy and National Resources Nandita Parshad who said that the five solar plants are important because of clean energy and fewer emissions in Cyprus, and because they demonstrate the energy revolution going on worldwide which the EBRD is committed to support.

She said the EBRD earmarked EUR 500 million for renewable energy financing projects in Greece and Kazakhstan.

The first solar power generator was built by CYPV Energy Ltd while two other solar plants, financed by the EBRD as part of the same project, were built by Cyprus-based Athinodorou & Poullas Investments & Properties Ltd.