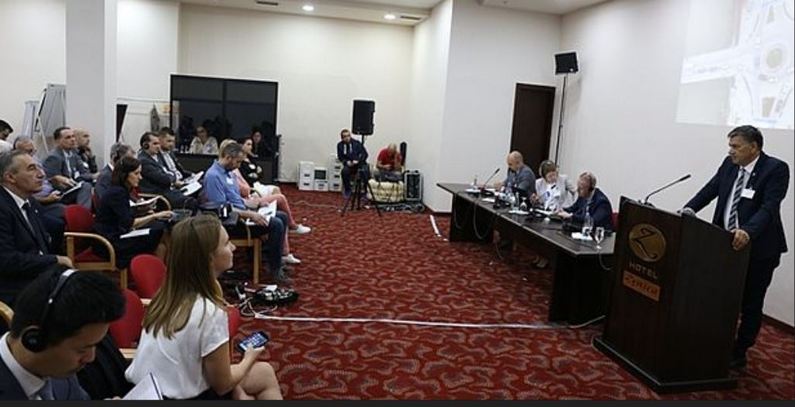 The City of Zenica has held a presentation to mark the launch of work on developing the Green City Action Plan, as part of efforts to make one of the most polluted cities in Europe greener and more environmentally friendly.

The Zenica Green City Action Plan, which is expected to be completed and presented within 12 months’ time, is financed by the Austrian Federal Ministry of Finance, with the support of the European Bank for Reconstruction and Development (EBRD) under its Green Cities Programme.

The action plan, which will be developed by an international consortium comprising consultancies PwC and Arup, will cover the areas of green transportation, water, waste and air quality management, spatial planning, renewable resources, and climate change, according to Zenica Mayor Fuad Kasumović.

The consultants, in cooperation with the city authorities, are to identify the sources of pollution and define policy priorities in the fields of urban and communal infrastructure, water supply, wastewater treatment, public transportation, air quality, energy and climate change, according to a press release on the City of Zenica’s website.

The presentation, held on September 11, was attended by Ian Brown, head of the EBRD’s office in Bosnia and Herzegovina (BiH), and Lina O’Grady, an environmental protection consultant, as well as representatives of the PwC-Arup consortium and officials from the City of Zenica and Bosnia and Herzegovina’s government, managers of local public enterprises and private companies, and members of the academic community and non-governmental organizations, according to the statement.

Earlier this month, Zenica city officials and representatives of public transportation firm JKP Zenicatrans met with a delegation from a Turkish manufacturer to discuss options for the procurement of more environmentally friendly buses, with the aim of reducing pollution.

At the meeting, Zenicatrans representatives confirmed the company plans to buy 47 vehicles complying with the Euro 6 emission standard, including 17 low-floor buses, 15 mini buses, and two luxury intercity buses, according to a press release on the City of Zenica’s website, posted on September 5.

Mayor Fuad Kasumović, for his part, said that the city authorities are interested in the procurement of natural gas-powered buses, according to the statement.