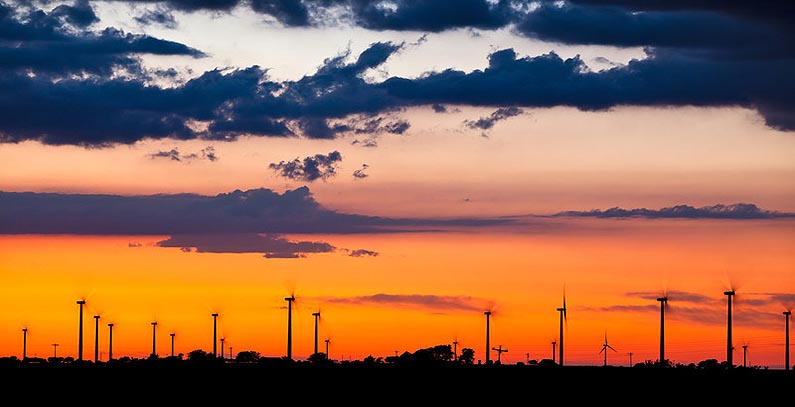 The Dutch company NERO Renewables is planning to invest EUR 1.4 billion in the construction of three wind farms in Romania to help the Netherlands reach its power production goal from renewable sources. The construction of the wind power plants in the southeast Constanta and Buzau counties is due to begin in 2019 with the plants coming online in 2021.

NERO Renewables has invited six unspecified European companies to submit offers to supply the 362 turbines for the three wind farms which will have a total installed power capacity of 1 GW and will produce about 3 TWh of energy a year or 2.6% of the electricity production in the Netherlands. A shortlist of turbine suppliers is due to be released in December.

NERO has leased land from the Buzau and Constanta local authorities in return for 2% of the gross income from the project.

The local branch NERO Renewables Romania was registered early in October and the Dutch government has been offered power from the wind farms under a joint project mechanism, avoiding complicated energy regulation procedures in order to help the Netherlands reach its year 2020 renewable energy target, NERO Renewables said in a statement.

That mechanism allows the Netherlands to co-finance the NERO wind farms with the power produced there being included in that country’s renewable energy production.

Experts have assessed that the Netherlands will not reach the target of 14% of power from renewable sources by 2020 while Romania has already reached its 2020 target.

The NERO wind farms will supply power to the European power grid. Once the Integrated Single Market for Electricity is launched in mid-2018 any European Union member state can draw electricity from the grid.

The NERO wind farm project will have a 400 MW greater capacity than the biggest wind production facility in Europe, the Fântânele-Cogealac onshore park.

The Romania-Netherlands renewable energy cooperation project is the first of its kind in Europe, Romanian media reported adding that Lithuania and Luxembourg implemented a similar project using a statistical transfer mechanism under which surplus power from renewable sources in Lithuania is listed in the statistics of Luxembourg helping that state reach its renewable energy target.

“In 2009, when the EU member states agreed on the ‘Renewable Energy Directives’, it was already clear that some member states would face difficulties reaching their renewable energy targets. To help member states reaching their 2020 quotas, 3 possible cooperation mechanisms were introduced, to enable them entering into mutual agreements to cover their individual targets: Statistical Transfer, Joint-Project, Joint-Support Scheme,” NERO Renewables explained.