UNECE calls on Albania to tackle dumpsites, look beyond hydropower 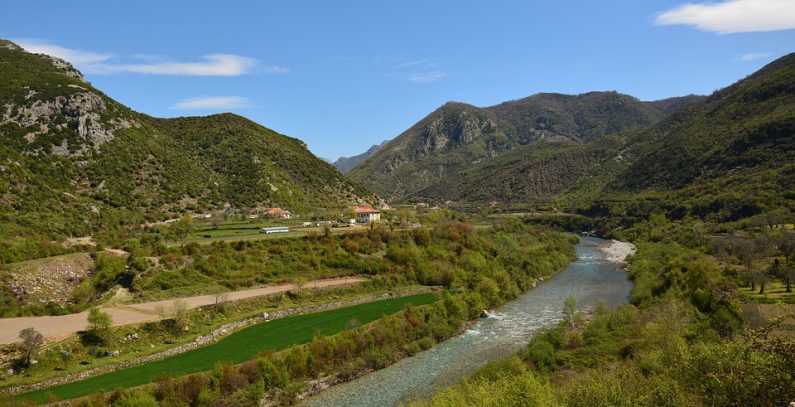 The third Environmental Performance Review of Albania undertaken by the United Nations Economic Commission for Europe (UNECE) calls on Albania to put waste dumpsites in order, look beyond hydropower, upgrade railways, and dispose of polluting cars, according to a press release from UNECE.

UNECE said the third Environmental Performance Review provides the Albanian government with recommendations “to inspire future work to achieve the globally-agreed Sustainable Development Goals and implement the country’s climate change commitments, within the process of accession to the European Union.”

Progress in the state of the environment in Albania highlighted by the review include improved air quality over the past decade. Since 2005, emissions of sulfur oxides decreased by some 35% and emissions of ammonia by around 10%, while emissions of nitrogen oxides and particulate matter (PM10) increased slightly. Albania reduced the use of fossil fuels in energy production and industrial processes. It also introduced EU standards for fuel quality, the review notes.

Albania achieved significant progress in the adoption of modern environmental legislation, however, implementation and enforcement lag behind. For example, the country has transposed the most important part of the EU directives related to waste, but still lacks the basic infrastructure for waste management. The review recommends the government to strengthen efforts towards the closure of both illegal and currently-authorized dumpsites and the construction of modern sanitary landfills.

Water supply, sewerage and wastewater treatment represent another key area of concern. Water supply coverage in rural areas increased from 57% in 2011 to 63% in 2015, but remained constant (at about 90%) in urban areas. Sewerage system coverage remained at about 51%, with a significant difference in coverage between urban and rural areas. By 2016, Albania had built eight urban wastewater treatment plants, with a capacity covering around 25% of the country’s urban population. However, the issue of cost recovery and limited technical capacities has rendered three of them idle. Non-revenue water is another serious challenge: on average, 67% of drinking water produced is lost or not paid for.

Albania has no cumulative hydropower impact assessment, should diversify

Albania is the regional leader in the number of built and planned hydropower plants. However, no cumulative impact assessment of hydropower plants in the country, and in particular in protected areas, has been undertaken, UNECE said. Albania is highly dependent on hydropower as a single source of energy. The review stresses that renewable sources of energy other than hydropower, together with connection to natural gas following the implementation of the Trans-Adriatic Pipeline project, represent strategic opportunities for the country to reduce its dependence on a single source of energy, along with adopting cleaner solutions for the environment.

Albania inherited several industrial installations that operated until the early 1990s. The current objective is to attract capital to reuse such industrial buildings and establish new and greener production activities on former industrial sites. However, the plan lacks specific support in terms of both economic and fiscal incentives and technical assistance on environmental protection. The review underscores the need to develop best practices to use the abandoned industrial sites, while ensuring their environmental rehabilitation.

Last but not least, the review notes significant steps taken to stimulate growth in the transport sector, with a number of national investment projects in the road sector and port facilities. However, to date, not enough efforts have been directed at facilitating the development of sustainable transport. The provision of public transport, especially rail services, remains low. About 60% of newly-registered cars are second-hand, meaning that more polluting cars enter the Albanian market than would otherwise occur. The Review calls for investments in the upgrading of railway facilities, the development of public transport facilities and services and adapting road and vehicle ownership taxation to ensure that owners of polluting vehicles pay higher taxes.