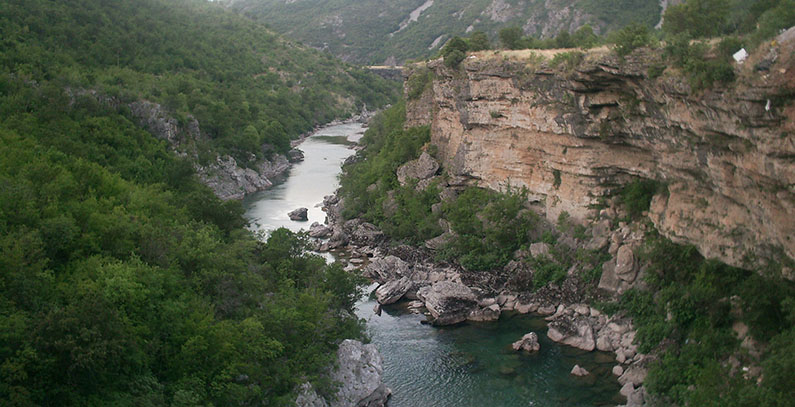 Representatives of two Chinese companies are expected to arrive soon in Montenegro to discuss possibilities for the construction of hydro power plants (HPPs) on the river Morača, a project that the Montenegrin authorities have been trying to develop for several years, at the same time drawing critics from local environmental organizations.

According to daily Vijesti, the companies Power China and State Development and Investment Corporation (SDIC) are interested in construction of HPPs on the river Morača and their vice-presidents, Xu Han of Power China and Zhao Fengbo of SDIC, are expected to arrive in Montenegro in mid June.

They will meet the high officials of the Ministry of Economy of Montenegro, and one of the topics of their talks would be the possibility of signing of memorandum of understanding.

The Montenegrin Ministry of Economy said last November that it was expecting more offers for the construction of HPPs on the river Morača.

So far, several memorandums of understanding have been signed with the investors interested in the Morača HPPs coming from China, Turkey and Slovenia. One of the companies which submitted the bid was the Chinese company Norinco. It has not been selected to build Morača HPPs, yet its technical bid was accepted as final.

Norinco has offered to build five hydroelectric power plants in the main stream of the river Morača and one on each of its three tributaries, while the Turkish company Bereket Enerji’s offer has included the construction of four HPPs without any tributaries.

The Government of Montenegro said that it is open for all kind of proposals from potential investors, both DBOT (design-build-operate-transfer) or BOT (build-use-transfer) arrangements, provided that they don’t require guarantees from the state and that they envisage the latest solutions in the field of energy and environmental protection.

Several environmental organization in Montenegro have voiced their concerns about plans for construction of HPP’s on the river Morača.

The Ozon movement recently said that all activities related to the big energy projects like the Morača river should stop, because there are no conditions for reasoned public dialogue due to the internal and even, as they put it, external political crisis.