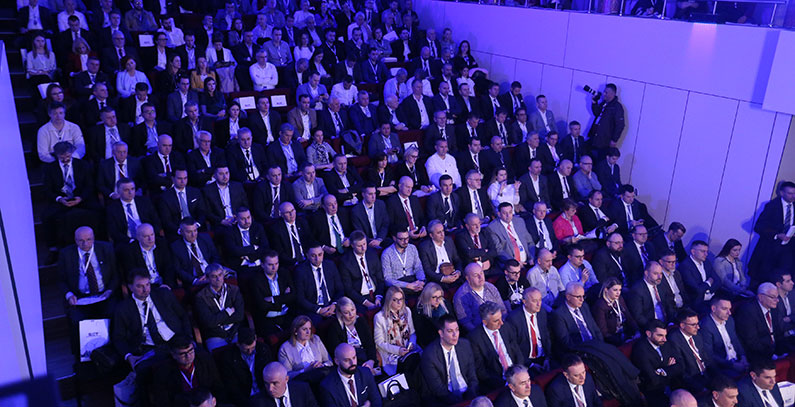 Trebinje Energy Summit – SET 2020, held in early March, under the slogan Energy Future of the Western Balkans, has set high standards during its very first edition and lived up to expectations that it will bring together leading energy experts and decision makers from the region. The Summit announces to be an event in the coming years where leading experts will meet to discuss and define sustainable energy development of the region.

SET 2020 has gathered more than 80 lecturers and 420 participants from Croatia, Germany, Hungary, Montenegro, North Macedonia, Slovenia, Serbia, and Bosnia and Herzegovina, according to organizers: the City of Trebinje, the SET enterprise and power utility Elektroprivreda Republike Srpske (ERS). 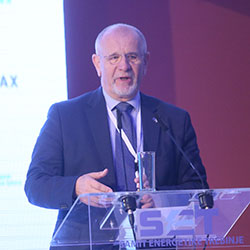 Doing nothing doesn’t mean things will stay the same. No, they will change. Doing nothing will make the problem bigger. We all must be aware of this but also bear in mind that change is not only the responsibility of the professionals and politicians, but of everyone. Every citizen is a participant in change. There is no “we” and “you,” only everybody. We need to spread that message at all levels.

According to Luka Petrović, chief executive of ERS, one of the main messages and conclusions of SET 2020 is that the countries of the region must utilize the available potential for the production of electricity from renewable energy sources.

Experts and professionals must be more included in the decision making process, while business, politics and the profession must jointly define common visions, goals and projects, Petrović said.

Trebinje Energy Summit – SET 2020 kicks off with over 400 participants

He said the region didn’t accept the changes brought by the energy transition so that, therefore, reforms are lagging behind.

The region must team up to be able to compete with regions and countries that have advanced more in the energy transition, with the aim of ensuring the energy stability and security of their national energy systems, which will benefit both the economy and the citizens, he said.

Petrović added the success of the first Trebinje Energy Summit is a motivation to organize a new gathering next year, with even more participants and even better topics.

SET 2020: Introduction of carbon tax in Western Balkans is inevitable 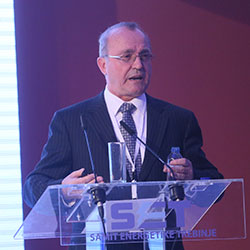 The region is leaning heavily on coal and it needs to take a more radical turn towards renewable energy, as every delay is expensive. It must be taken into account by decision makers in particular. Essentially, it must be clear to everyone how decarbonization is costly and that it would be too expensive if it’s late.

The summit’s scientific committee has defined eight conclusions in the form of a draft that will be finally adopted after the end of the state of emergency.

Utilization of the potential of renewable energy sources in the region is a priority, experts and professionals must get a more important role, and a synergy between science, business and politics must be created, according to some of the conclusions.

The summit also focused on mergers and acquisitions in the electricity markets in the region and the changes in the consumption side of electricity in terms of the use of smart technologies and the 4.0 industry.

E-mobility and digital transformation are also closely followed, as are reforms of the legal framework aimed to facilitate the development of public-private partnerships and investments in renewable energy.

Last but not least, the participants discussed the implementation of energy efficiency measures and the creation of conditions for citizens and energy cooperatives to produce renewable energy both for own consumption and for the grid – to become prosumers.