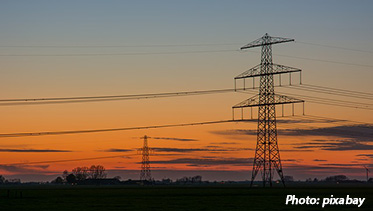 Kostt, the operator of Kosovo’s power system, signed a connection agreement on October 1 with the 29 transmission system operators of the Continental Europe regional group of the European Network of Transmission System Operators for Electricity (Entso-E).

Teiaş and OST sh. a., respectively the Turkish and Albanian transmission system operators, which have recently reached similar agreements with the Continental Europe Synchronous Area, are also signatories of the document with Kostt, Entso-E said. Connection increases system security as more operators can offer help to a power system operator in difficulty, according to the press release. They also drive electricity costs down as more power reserves used to maintain a balance between generation and demand can be shared. “This connection agreement is thus a win-win situation for the electricity customers of all signatories”, commented Peder Andreasen, president of Entso-E. The document is based on in-depth testing and technical checks. It also needs to be seen in the context of the conclusions of the EU facilitator on the implementation of the 2013 Energy Agreement between the prime ministers of Kosovo and Serbia. Southeastern Europe is high on Entso-E’s interoperability and market integration agenda, and all operators contribute to the operational, planning and market progress pushed forward with Entso-e’s work products”, stated Konstantin Staschus, the organization’s secretary general.

As in the case of Teiaş and OST, the connection agreement does not make Kostt a member of Entso-E.

As in the case of Teiaş and OST, the connection agreement does not make Kostt a member of Entso-E. It agrees to apply the specific and detailed operational rules as all other continental European counterparts. The signed agreement is neutral to Kosovo’s status in relation to its declaration of independence.

In March, Kostt launched a project worth EUR 36 million using a loan from the European Bank for Reconstruction to achieve compliance with the N-1 electricity transmission grid security criteria.