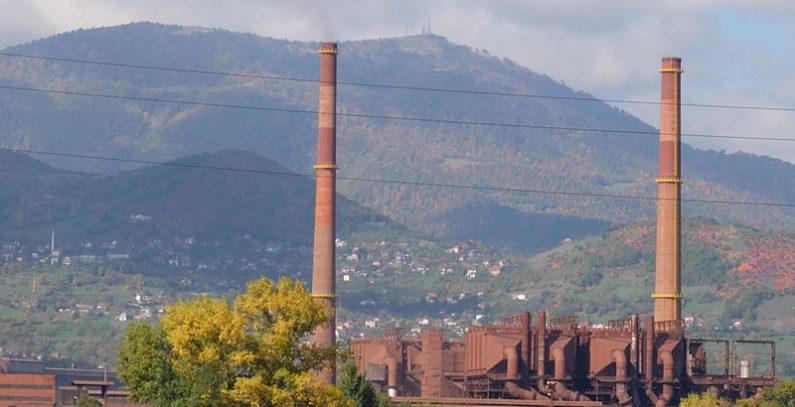 Zenica, one of the most polluted cities in Europe, is poised to resolve much of its emissions problem with a new combined heat and power plant (CHP) to use coke and blast furnace gases from the steelworks as fuel under a EUR 53 million deal the city is calling “historic.” The new plant is to be built by Toplana Zenica, a joint venture set up by the local unit of ArcelorMittal, the world’s largest steelmaker, the City of Zenica, Finland’s clean energy solutions provider KPA Unicon, and Finnfund, a Finnish development financier focused on sustainable development projects.

ArcelorMittal Zenica, which has a 50% stake in Toplana Zenica, will provide a guarantee for a EUR 41 million loan secured by the European Bank for Reconstruction and Development (EBRD), while the remaining shareholders – the City of Zenica, with 20% and KPA Unicon and Finnfund with 15% each, will secure a direct investment of EUR 12 million, according to a press release from the City of Zenica.

The new plant will be operated in many respects according to the best EU practices and environmental norms, said KPA Unicon, which is designing and delivering the new plant. The current boilers use coal as fuel, which is the main source of sulfur emissions from the existing plant, KPA Unicon said, noting that the new plant will significantly reduce the emissions by using waste steam as fuel.

Once it is commissioned in 2020, the new plant will produce all district heat for the city of Zenica as well as most of the energy needed in ArcelorMittal’s steelworks, according to a press release from KPA Unicon, which designed the concept of the new plant in cooperation with Croatia’s Eco Consult.

The project will transfer the production of steam and blast air for ArcelorMittal Zenica’s steelworks and the production of district heating water for the City of Zenica, from currently ArcelorMittal Zenica to the modern CHP owned by the joint venture, according to the EBRD’s website. The project will entail the replacement of all outdated, coal-based steam generators with modern units fully using recovery gases from the steelworks and natural gas (as back up).

The project is to result in substituting the use of coal with the use of process gases from the steelworks as fuel, and as a result achieve substantial reduction in CO2 emissions, as well as improvement in dust, NOx and SO2 emissions, as well as significantly improve the reliability of district heating supply to the city. The savings of CO2 are projected at around 200,000 tonnes per annum, according to the EBRD’s project summary document.

The agreement on the establishment of Toplana Zenica was signed on October 4, according to a press release from the City of Zenica.