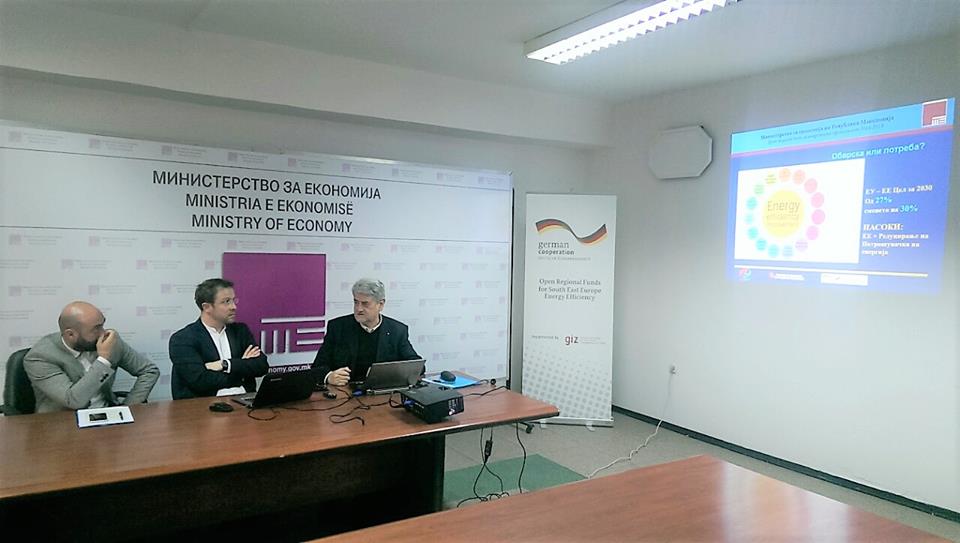 The draft of the third National Energy Efficiency Action Plan of Macedonia (NEEAP) recommends a decrease in total energy consumption along with measures that will contribute towards primary energy savings.

The NEEAP draft, which was presented during the public debate on December 1 at the premises of the Ministry of Economy in Skopje, entails measures in the field of production, transfer and distribution of energy, which will contribute to significant savings of primary energy.

During the public debate, Ismail Luma, head of the Energy Department of the Ministry of Economy presented the key findings and obligations under the third NEEAP for the period 2016-2018 and explained that the document also includes the evaluation of the implementation of the second NEEAP. In addition, he put forward that the national agenda for energy consumption, deriving from the second NEEAP, envisaged savings of 80,07 ktoe by the end of 2015. He further noted that these targets were achieved by a realization of 99,12% of the planned energy savings in 2015. A similar scenario for the implementation is foreseen and expected for the third NEEAP.

“Taking into account the upcoming challenges facing the country as regards the transposition of the Energy Efficiency Directive (EDD), the country administration will have to react promptly. Namely, the defining of the approach for transposition and implementation of several articles, especially the Article 7 of EDD, will have to be prepared on a multi-sectoral level with a careful assessment of economic implications,” Sazdovski stated on the occasion.

The draft of the Action Plan was developed as a joint effort by the Department of Energy at the Ministry of Economy, the Energy Agency of the Republic of Macedonia and several national and international experts engaged by the ORF-EE, implemented by the Deutsche Gesellschaft für Internationale Zusammenarbeit (GIZ). The text of the Action Plan was submitted for observations to the Energy Community Secretariat in Vienna and was deemed satisfactory. It was also posted on the Ministry of Economy website and shared with all relevant public institutions, private enterprises and civil action stakeholders, for consideration of their official comments.

Main points and goals of the document were presented to various representatives of ministries and public institutions, the private sector and civil society operating in the field of environmental protection. A lively and constructive discussion followed among present actors who posed questions and provided valuable comments to the panel.