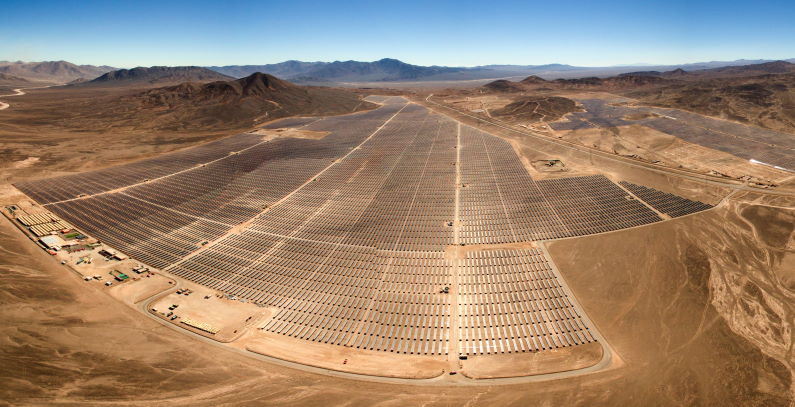 Al-Dhafra, which the United Arab Emirates claims would be the biggest single-site solar power facility in the world, will have 3.2 million panels, enough to supply 160,000 domestic households. A state-owned utility in Abu Dhabi signed a power purchase agreement for the 2 GW PV plant with TAQA and Masdar from the UAE and the subconsortium established by EDF and JinkoSolar.

The Emirates Water and Electricity Co. (EWEC) has awarded the project for the Al-Dhafra solar power system to a consortium led by Abu Dhabi National Energy Company (TAQA) and Masdar, with partners EDF and JinkoPower. It claimed the 2 GW photovoltaic – PV plant located 35 kilometers from Abu Dhabi city would be the largest single-site facility of its kind in the world if it was commissioned today.

The group of companies signed a 30-year power purchase agreement for the giant unit, which should consist of 3.2 million panels. JinkoPower from China is JinkoSolar’s development affiliate. EWEC is controlled by Abu Dhabi–based ADQ, which has a stake in TAQA.

Overseas partners get only two fifths of ownership

TAQA and Masdar will have a share of 60% in the project and the two foreign companies get the remainder, also as a subconsortium. The financial framework needs to be established soon and the beginning of production is scheduled for the first half of 2022. By the end of the same year, Al-Dhafra should be finished.

The power purchase agreement is the result of a record low offer of USD 13.5 per MWh at the November tender

EDF and JinkoSolar submitted the best offer at the tender in November for 1.5 GW of the future PV plant in Abu Dhabi. It was USD 13.5 per MWh on a levelized electricity cost (LCOE) basis, unseen before in the industry.

Upon full commercial operation, the solar power plant is expected to reduce the emirate’s carbon dioxide emissions by more than 2.4 million metric tons per year, equivalent to removing approximately 470,000 cars from the road, EWEC said. Al-Dhafra should produce enough electricity for 160,000 households in the United Arab Emirates.

The latest in crystalline, bifacial solar technology will be deployed at the project, EDF said.

TAQA’s nearby Noor Abu Dhabi solar power plant, also called Sweihan, has a capacity of 1.18 GW. The plan for the Mohammed bin Rashid al-Maktoum Solar Park in Dubai, currently equivalent to Noor Abu Dhabi, is to reach 5 GW by the end of the decade. Almost 3 GW has been already contracted.

Abu Dhabi has the ambition to cover half of its demand from power with renewables by 2030, compared to a 25% target set by Dubai, but the latter’s aim for 2050 is 75%.