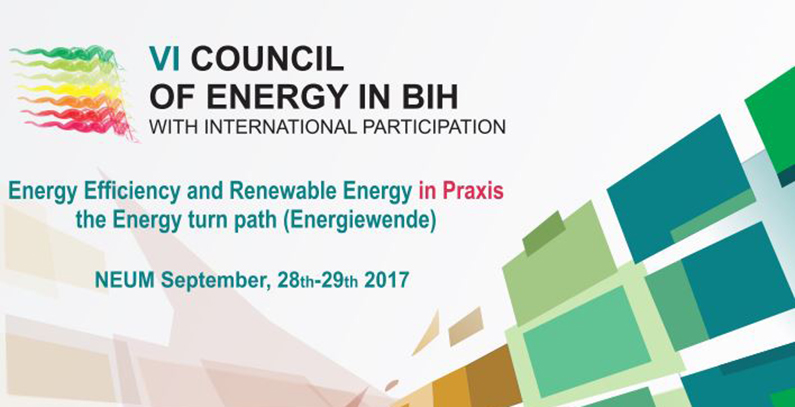 On 28 and 29 September, the VI Conference on Energy in Bosnia and Herzegovina, titled “Energy Efficiency and Renewable Energy in Praxis”, was held in the coastal town of Neum. This year’s conference was dedicated to the energy transition from fossil fuels to energy efficiency and renewable energy sources, with the focus on concrete experiences.

At the session dedicated to strategic energy planning, Dubravka Bošnjak, Project Manager of GIZ Open Regional Fund for Southeast Europe – Energy Efficiency (GIZ ORF-EE), said that one of the biggest issues in Bosnia and Herzegovina is how to coordinate a large number of strategies that exist at different levels – levels of entities, cantons and municipalities.

She highlighted the importance of the bottom-up approach and added that a systemic approach is specifically needed in the field of energy efficiency, but also in all other sectors related to it.

Croatia is facing a similar situation with a large number of strategies. There, 12 to 13 cities have developed their action plans for sustainable energy development (SEAP) and begun to implement the measures, but now they have to develop an energy efficiency strategy for a three-year period, it was referred to at the conference.

The City of Mostar, in Bosnia and Herzegovina, has also developed an action plan for the period 2016-2020 and started to implement it. It has also applied for IPA funds, securing EUR 1 million for two projects in the field of energy efficiency. The projects envisage buildings refurbishment and installation of insulation, and upgrading of public lighting. The local government also hopes to create an Energy Efficiency Fund in the future.