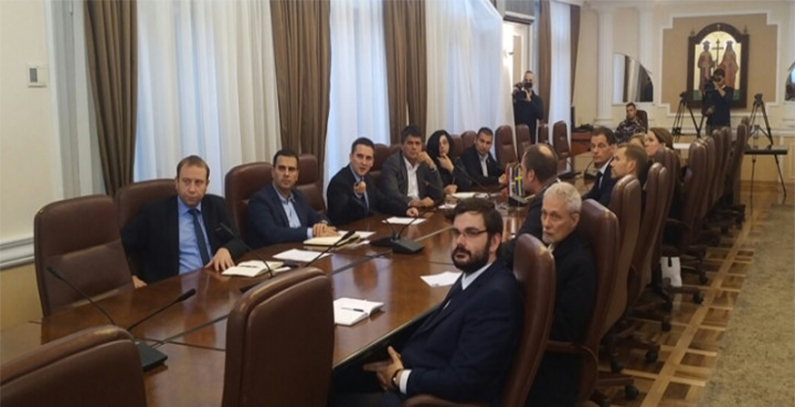 The Ministry of Foreign Affairs of the Kingdom of Sweden funded the feasibility study for the wastewater treatment plant construction project implemented by the City of Niš with one million euros.

The feasibility study which will be an integral part of the project of the wastewater treatment plant construction in Niš costs one million euros and it was financed by the Ministry of Foreign Affairs of the Kingdom of Sweden, the official web presentation of the City of Niš announced. The representatives of the Swedish International Development Cooperation Agency SIDA also contributed to the feasibility study and financed a part of the costs of its production.

The delegation of the Sweden’s Ministry of Foreign Affairs, led by Director-General for International Development Cooperation Johannes Oljelundom, visited the City of Niš and expressed satisfaction with what has been done so far.
Although it is a city with a population size of 250,000 citizens and over, there is no facility for wastewater treatment in Niš at the moment. Wastewater is collected by sewage collectors and discharged into the river Nišava. The construction of the wastewater treatment facility  has been discussed over years, but the attempt to implement this project failed in 2012 when the first feasibility study was estimated as unacceptable for the city.

Mihajlo Zdravković, the city councilor responsible for the environment, explains that this project has not been realized yet due to the preparations of the location for the facility construction and a lack of finances.

“We have performed the feasibility study and preliminary design, while the final design is in progress. Ministry of Agriculture and Environmental Protection will help us in the process of the preparations of technical documentation and it will finance this part of the project implementation with one million euros. We will apply together with the Ministry to The Instrument for Pre-accession Assistance (IPA Funds) in 2017,” Zdravković said for Balkan Green Energy News.

The project worth EUR 56 million in total is one of the two largest projects in the field of environmental protection in Serbia. If the IPA Funds provide the City of Niš with financial assistance, the construction of the plant could begin in 2018. It is estimated that the works on its construction could last seven to eight years. The plant is planned to be built on the location Ključ in the western part of the city by the river Nišava.