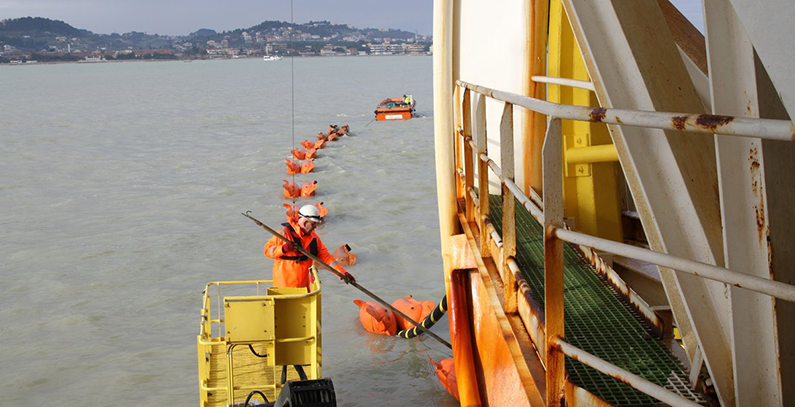 The Montenegro-Italy submarine power cable has been deployed under an investment that will enable Montenegro to become an energy hub for the Balkan countries, said Terna CEO Luigi Ferraris, adding that the commencement of commercial use is planned by the end of the year.

Ferraris said that the cable would create conditions for attracting other investments, including in renewable energy sources, the energy sector and digitization. The largest project of its kind in the Mediterranean has already brought more than EUR 600 million to local businesses in Montenegro, he said.

Prime Minister Duško Marković informed Terna’s management that several countries of Eastern and Southeastern Europe have already expressed interest in reaching various arrangements with Montenegro in order to use the cable.

This kind of cooperation was also the focus of the talks held in Podgorica between Bulgaria’s Energy Minister Temenuzhka Petkova and Montenegro’s Economy Minister Dragica Sekulić.

The two sides have agreed to establish a bilateral working group for energy cooperation, which will also consider the possibility of exporting electricity from Bulgaria via the submarine cable.

Due to the commencement of the commercial use of the power interconnector, Montenegro anticipates electricity transit in 2019 to increase almost 70%.

The submarine cable was originally supposed to be completed in 2015 and to have an installed capacity of 1.2 GW.

Ahead of the expected entry into operation of the new electricity interconnection between Montenegro and Italy, the two countries’ electricity transmission system operators (TSOs), CGES and TERNA, have launched a public consultation on the rules to be applied for the allocation of transmission rights on this border, the CGES said on its website.

The consultation covers the following rules:

The consultation also addresses the choice of the platform that shall manage the allocation of cross-border capacities.

Terna and CGES have invited interested parties to submit their comments by no later than July 31, 2019 to both and