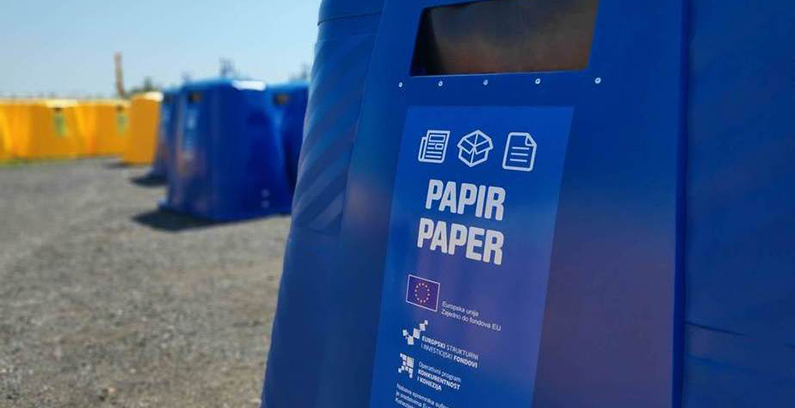 A total of 284 cities and municipalities in Croatia have received 48,000 waste sorting bins, in what marked the completion of the first phase of a EUR 49.1 million project.

The project, announced at the beginning of 2019, envisages the delivery of about 1.23 million waste sorting bins for biodegradable waste (paper, cardboard, and biowaste) and recyclable municipal waste (plastic and glass).

The first phase ended with the delivery of 18,900 waste bins for the City of Zagreb and another 1,750 for the City of Split, the Environmental Protection and Energy Efficiency Fund said.

The first phase included the procurement of large waste bins, while second phase envisages the purchase of some 1.18 million smaller waste bins for households. The delivery for households in 385 municipalities and cities is expected in autumn.

Of the total funding for the procurement of the waste bins, 85% is provided under the Competitiveness and Cohesion Operational Program 2014-2020, while the rest is secured by the municipalities and cities.