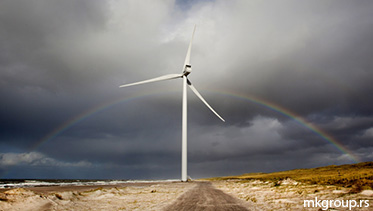 Companies planning to generate electricity from renewables are eligible to receive funding depending on the project’s specific features. In order to be financed, they have to apply a year in advance to be included in the scheme. Since its start in 2011, a total of 463 energy plants fuelled by renewable sources were granted support.

Hydropower and wind facilities under the scheme are granted 7.3 United States dollar cents per kilowatt-hour. Geothermal gets 10.5 while biomass receives 13.3 cents. Projects employing locally generated equipment get an additional 0.4 to 3.5 cents per kilowatt-hour. The number of projects increased rapidly from 20 in 2011 to 93 in 2014 and surged to 234 last year.

In 2015, hydropower plants were at the top of the list with 126 eligible facilities. The second electricity source to receive the most funding was wind, with 60 approved projects. Biomass followed with 34, while there were 14 geothermal projects. The installed capacity of scheme-backed renewable energy projects totaled 5.42 GW last year, up 3.63 GW on an annual basis.

Tags: electricity, incentives, renewables
READ NEXT: Study for Kostolac wind park to be done by October