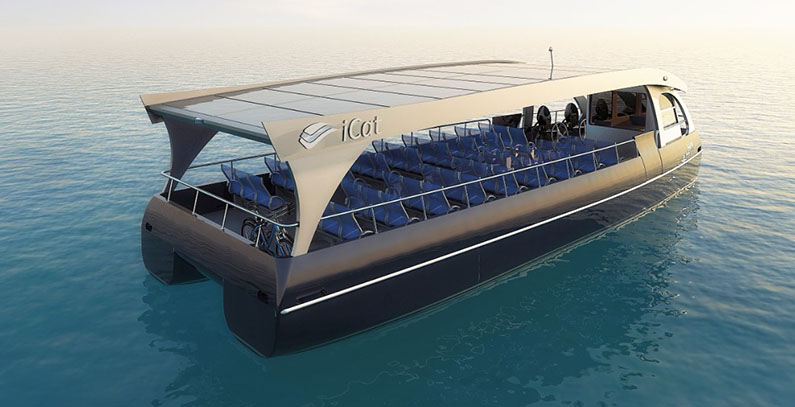 Mljet National Park now has three vessels for tourist rounds that don’t need fuel, where a photovoltaic system and batteries eliminate the need to charge during the summer. A Zagreb-based firm manufactures the solar boat with the help of a program funded by the EU.

Diesel fuel is out in Mljet National Park, which received the third and final alternative vessel in a program backed by European funds and Croatia’s government. The babyCats cost EUR 450,000 each, but the grant makes up 85%! The solar boat is designed for eight knots, but the speed can even reach 9.5 knots, tests showed.

A report by HRT revealed its 50 kW LiFePO4 storage solution matches daily needs to transport a maximum of 54 passengers. The island national park seemingly doesn’t have to charge whatsoever for its tourist rounds during the summer. Two crew members are needed for the solar boat with two 12 kW permanent magnet motors.

The babyCat is apparently easy for maneuvering and is able to stop almost immediately. The vessel is 15 times five meters and it has a 65-centimeter draft.

The innovative choice of batteries, which can last more than 15 years, made the regulatory process complicated. Representatives of iCat doo from Zagreb have been pointing to the strategy to favor quality over affordability.

The startup was motivated by poor connectedness between Adriatic islands and the mainland. The vision was to manufacture compact vessels for commercial carriers. The engineering firm’s name stands for island catamaran.

The solar boat maker has the ambition to help establish lines in cities and connect urban with suburban areas. The tCat-750 is built for short distances and bigger speeds. The iCat model is for passenger routes.

The engines have 95% efficiency. BabyCat’s photovoltaic unit has 7.5 kW, enabling eight hours of operation at five knots in the season at standard conditions. The electricity storage adds another eight hours with no noise, vibration or emissions, the firm claims.

Its owner Tomislav Uroda highlighted self-sufficiency as the advantage and asserted the market segment is still undeveloped, a niche. He stressed the example of Norway, a country abundant in oil, switching to electricity in all forms of transportation. ICat has participated in five projects backed by the European Union.