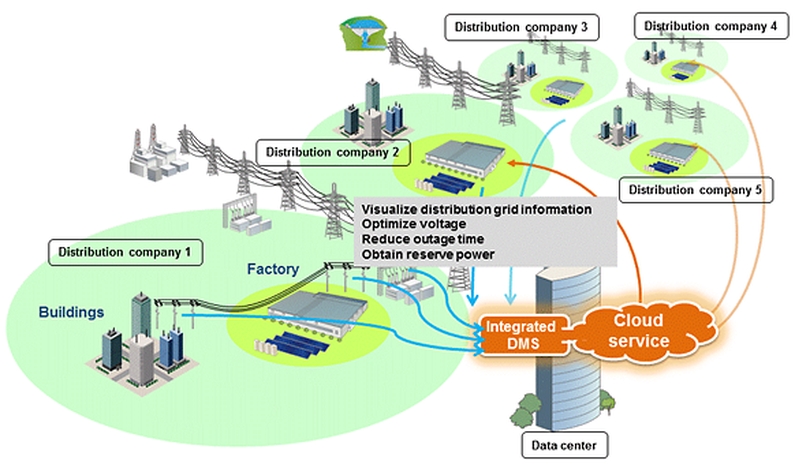 Slovenia and Japan signed a memorandum of cooperation to coordinate research and demonstration actions for smart grid projects and smart community, and to facilitate cooperation with the state-owned transmission operator.

Slovenian Ministry of Economic Development and Technology’s Aleš Cantarutti and the New Energy and Industrial Technology Development Organization (NEDO) chairman Mr. Kazuo Furukawa, signed the memorandum of cooperation in the capital Ljubljana on November 25. NEDO also signed minutes of meeting with the Slovenian Ministry of Infrastructure with an aim to promote the demonstration action by establishing a cooperative partnership. Additionally, NEDO and Elektro-Slovenija d.o.o. (ELES), the state-owned electric transmission system operator in Slovenia, put their signatures on a memorandum of understanding, to facilitate a previously agreed cooperation with the Japanese corporation Hitachi.

Among attendees of the event were Japanese ambassador to Slovenia Keiji Fukuda, and Slovenian prime minister Miro Cerar, who said this was a proof of will to both develop energy networks and preserve a green Slovenia at the same time.

“The project would also serve as a springboard for joint ventures of the Slovenian and Japanese companies on the global markets. It is worth around EUR 50 million, and it will be partly financed through a tender, called by the Ministry of Economy today,” said Peter Gašperšič, the minister of economic development and technology, as quoted in the official report.

In its review of the market, NEDO said that Slovenian manufacturing industry was “thriving” and that the demand for power is increasing in the country, and reminded that country has been a member of the European Union (EU) since 2004. According to NEDO, a “more advanced management technology for smart grid distribution systems is required”, but at the same time the “facilities owned by distribution companies are deteriorating and investment costs for upgrades are expected to increase.”