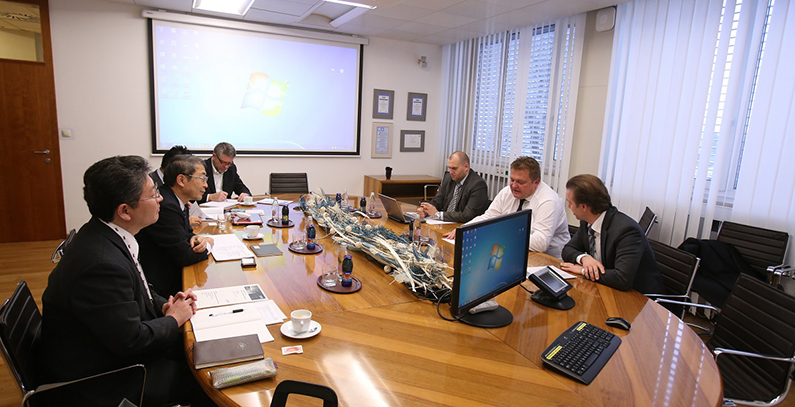 Within the framework of the partnership between Japan and Slovenia, ELES hosted Masaaki Nomoto, senior representative of Japanese company Hitachi. Chief executive Aleksander Mervar and the management team spoke about the project on smart grids and smart communities with the guests. They established that the project has a very important role in the development of smart grids in Slovenia and for the move of domestic knowledge and industry into foreign markets, ELES said on its website.

The government in Ljubljana backed the implementation of the Slovenian–Japanese demonstration project, estimated to be worth EUR 80 million. An upgrade on cooperation between companies from both countries and agencies Spirit from Slovenia and NEDO from Japan, the project could begin to get implemented in the first half of 2016, Slovenia Times reported. According to the press release issued after the cabinet session on December 3, the project will test new technologies and solutions in working smart networks.

Apart from European Union’s funds and the contribution from the state, part of the financing would come from the participating companies, energy utilities and local communities.

As such it will contribute to the goal of establishing a comprehensive concept of smart electronic energy network in Slovenia, the Government Communication Office said. Another goal is to stimulate long-term strategic partnerships, use of systemic changes in applications not yet in the market and use of the country’s spatial and demographic features. If the talks are successful, the project could be launched in the first half of 2016 and continue to be implemented through 2018. Apart from European Union’s funds and the contribution from the state, part of the financing would come from the participating companies, energy utilities and local communities.

Funding would be earmarked as part of a measure to boost R&D for the demonstration of Slovenian technological solutions for integrated management of distribution networks, electricity consumption management and comprehensive management of energy within smart networks.

A consortium has also been formed including eleven Slovenian companies such as Iskraemeco, Iskratel, Kolektor and Robotina as well as the Japanese concern Hitachi.