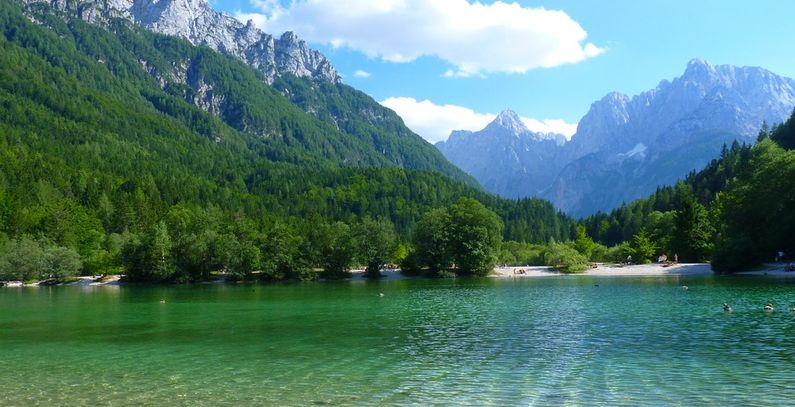 Slovenian parliament voted for a constitutional amendment to declare the access to drinking water a basic human right. The move has rendered any privatisation of water resources impossible, since the resources will be managed by the state.

Slovenian parliament has adopted an amendment to Constitution of the Republic of Slovenia on November 17, which declared water a public good and prevents its commercialisation. The amendment to the highest state law was approved by 64 votes of deputies, with none opposing the act. The parliament has a total of 90 seats.

The new Article 70A of the constitution stipulates that every citizen of Slovenia has the right to drinkable water, which is deemed as a public good managed exclusively by the state. “Water resources are primary and durably used to supply citizens with potable water and households with water and, in this sense, are not a market commodity,” says the amendment.

The Slovenian state plans to manage water resources through the local communities, which would require additional laws to make sure the amendment is fully respected.

Slovenia thus became the second European Union member state to put the right to water into its constitution, following Slovakia. Prime minister Miro Cerar described water goods as the “liquid gold of the 21st century” and praised mutual effort of the experts, politicians and stakeholders, as they have supported the vision of a modern and a greener Slovenia.

“To be able to drink water from pot almost everywhere in Slovenia is not something we should take for granted. It is a huge privilege of the Slovenians, which we have to preserve for both us and the coming generations,” said the prime minister in his address to the parliament. “As it will gradually become a more valuable commodity in the future, pressure over it will increase and we must not give in,” Cerar said adding that the water quality in Slovenia was exceptional and that would increase pressure from foreign corporations to acquire those resources.

The prime minister stressed the importance of the fact the constitutional amendment gathered both law experts and civil society. Despite his careful wording, leaders of at least two opposition parties in the parliament claimed the law was little more than a publicity stunt and that the state cares little about springs, lakes and other water sources.

The initiative to adopt the amendment actually originated from the Civilian Initiative for Slovenia and Freedom        (Civilna iniciativa za Slovenijo in svobodo), which hailed parliament’s vote and deemed the move as its own victory.

“We thank everyone! Special thanks to over 56,000 signatories who supported the inscription of the inextricable right to water into the Constitution, to the media who enabled us to give our views, to the experts who helped us, and in the end to the politicians who have listened to us. This is a huge victory for our society,” said Dejan Ogrinec from the initiative.

The parliament also ratified the Paris Accord on the climate change (COP21), which received approval of all the 76 deputies attending the same session, during which the water amendment was adopted.