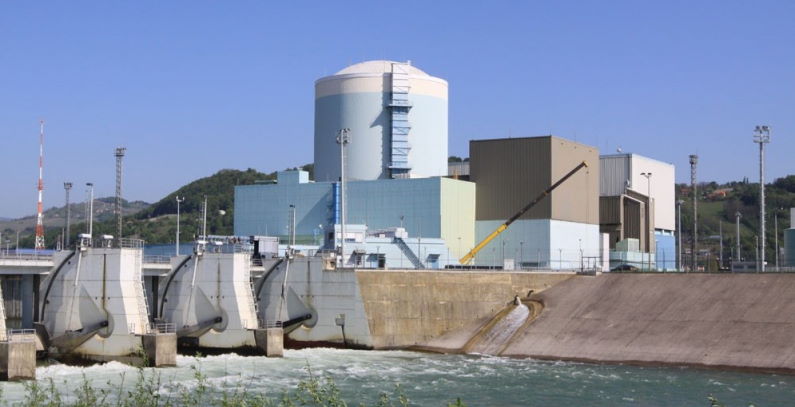 The governments in Ljubljana and Zagreb are working on the necessary regulation for the 20-year extension of the retirement date for nuclear power plant Krško, which they run jointly. At the same time, they are considering the possibility to install a second unit and GEN Group already requested the energy permit.

After Croatian Minister of Economy and Sustainable Development Tomislav Ćorić suggested the government is open for talks on the construction of the second unit in nuclear power plant Krško (NEK or JEK), Slovenian GEN Group and authorities in Ljubljana acknowledged they are willing to negotiate with foreign companies about the possible project. State-owned Hrvatska elektroprivreda – HEP Group is the co-owner of the existing facility, which has a nominal capacity of 696 MW.

The power plant, which was built in 1981 on the Slovenian side of the border, was originally planned for decommissioning in 2023. The two sides have agreed last month to extend its retirement by 20 years and they are working on necessary regulation.

Within the efforts, Slovenia just opened a public consultation process for its proposal for the law on the domestic fund for the decommissioning of the Krško NPP and the disposal of the radioactive waste and spent fuel. The Ministry of Infrastructure is accepting comments until August 31. The funds would be approved starting from next year’s budget.

Croatia has refused the offer to jointly store waste in Vrbina, at the border near Krško, arguing the place is not big enough. The government in Zagreb said it would use a former barracks near the border with Bosnia and Herzegovina for the disposal of nuclear waste, prompting a dispute with BiH.

GEN Group already filed a request for an energy permit for the second unit in Krško – JEK 2. It said it would primarily look for partners in Slovenia.

The government-controlled utility claims annual production would be between 8 TWh and 12 TWh depending on the size. GEN Group reported 19.2% profit growth for last year, to EUR 48.5 million, more than planned, on revenue of EUR 2.24 billion or 5.5% below the level from 2018.