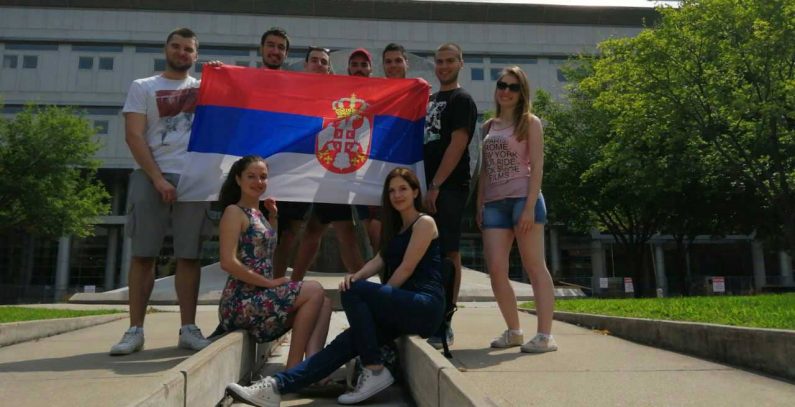 The H-Bridges team of students from the University of Belgrade School of Electrical Engineering (ETF) have won the International Future Energy Challenge (IFEC) 2019, the world’s largest student competition in the area of innovative and technical efficiency solutions. This year’s competition was about electric bike drive solutions.

The IFEC final was held from July 29 to 31 in Madison, the capital of the U.S. state of Wisconsin, with H-Bridges winning in competition with teams from the following nine universities:

The fact that the ETF team won in competition with teams from universities such as Virginia Tech, which manages a research portfolio worth over USD 500 million, speaks for itself.

“This is amazing success for our team and the ETF. A year of hard work and sacrifice at the Digital Drive Control Laboratory paid off in the end. It is a great honor for the ETF to win such recognition from the IEEE, especially considering who we competed against. Professor Slobodan Vukosavić and I as the team’s mentors are enormously proud of these fantastic people and everything they had to do to reach the top,” Aleksandar Milić, teaching and research assistant at the ETF, told Balkan Green Energy News.

Filip Cvejić, the H-Bridges team leader, noted that the simple and robust hardware solution enabled the ETF team to implement a software solution that gave it a competitive edge in each test.

This year’s victory follows a strong showing in IFEC 2018, which focused on the development of energy storage devices, when the H-Bridges team won 4th place and the Best Education Impact award in IFEC 2018.