Serbian Government to consider introduction of incentives for electric vehicles 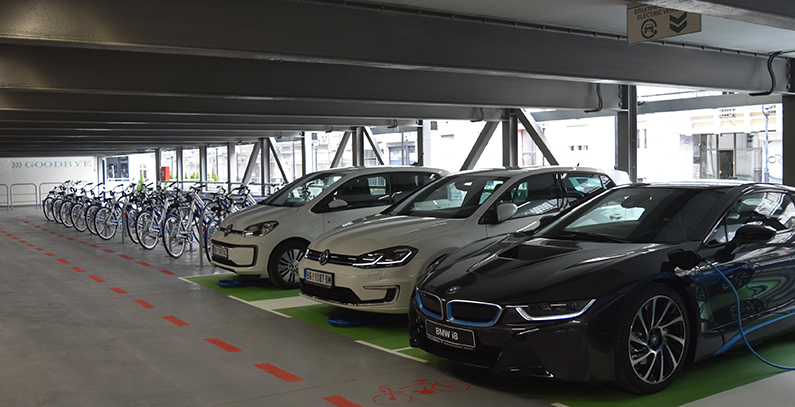 Serbian Government will consider the introduction of incentives for the use of electric vehicles. Establishment of a workgroup with this task is planned for next year and study with a proposal of optimal solutions for 2019.

Introduction of incentives is one of the 13 measures defined in the Program for the Implementation of the Energy Sector Development Strategy of the Republic of Serbia for the period by 2025 with projections by 2030 for the period from 2017 to 2023, in order to achieve intended goals in the field of renewable energy sources.

This is the first-ever appearance of the EVs in some Government strategic document for the energy sector.

The Decree on establishing the Program was recently issued by the Government of Serbia.

The use of EV is mentioned in the part that deals with renewable energy sources in Transport Sector.

“In addition to biofuels, stimulating the use of electric vehicles can contribute significantly to the achievement of the sectorial goal of 10%, and it is necessary to consider that possibility,” the Program writes.

The measure is named “considering possibilities of introduction of incentives for the use of electric vehicles”. A goal of the measure is reducing the use of fossil energy sources in transport. The activity will be implemented by three ministries of Serbian Government – Mining and Energy, Transport, and Finance.

An indicator of achievement is drafted study with a proposal of optimal solutions, which can serve as a basis for a draft of regulations with 2019 as the deadline.

The Program sees two activities for the introduction of incentives for the use of electric vehicles.

First is an establishment of a workgroup with the task to examine the possibilities, validity, and limitations of incentives for the use of electric vehicles and to develop a proposal of the specific incentive model. The deadline for this activity is 2018.

Preparation of a study with the proposal of an optimal solution for fitting the consumption of electric vehicles into the daily electricity production diagrams with an analysis of the effects of integration of electrical transport into a national energy system that can serve as a basis for introducing incentives and making regulations is second activity. This is obligation of the public power utility Elektroprivreda Srbije (EPS), Serbia’s distribution system operator, which must be fulfilled until 2019.

The incentives for EVs are rare in the region. Albania, Kosovo*, Macedonia, Bosnia and Herzegovina, and Montenegro do not have incentives, while all surrounding EU members countries have some kind of support except Croatia.

The first charger for electric vehicles on a motorway in Serbia has been introduced on the toll station Preševo, on the border with Macedonia in July. Serbian capital Belgrade installed 6 chargers at the public parking lot at Obilićev venac also in July.

In April the Faculty of mechanical engineering in Belgrade has presented a supercharger for electric cars as part of European project Green Balkanika. The project should provide the necessary infrastructure for electric vehicles along a 2.000-kilometers-long route, from Munich, via Salzburg, Ljubljana, Zagreb, Belgrade, Skopje, Podgorica, Tirana to Dubrovnik, Split and Zadar all the way to Kopar, Slovenia.