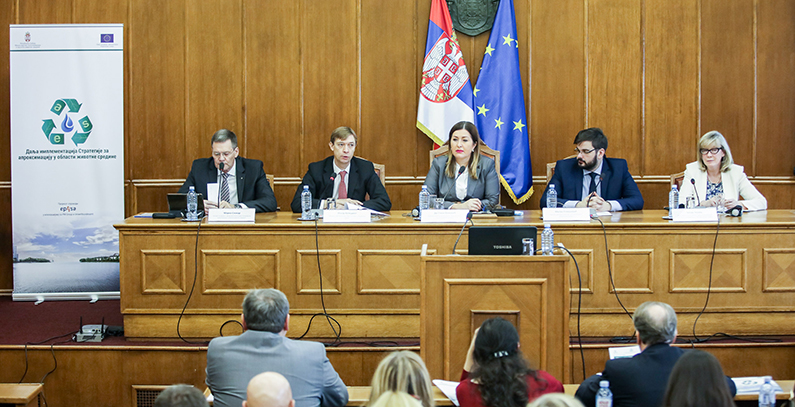 Serbia is expecting confirmation from Brussels to open negotiating Chapter 27 on environment, and the first draft of the negotiation platform will be ready in mid-2017, said Stana Božović, state secretary of the Ministry of Agriculture and Environmental Protection.

Adapting to those standards will require investing EUR 10 billion, and passing or amending 700 regulations. Planned activities will last for 25 years, so Serbia will seek the so-called transitional criteria, or postponement of the implementation of some European standards until after the accession.

This year’s European Commission report on Serbia points out the need to improve administrative capacity, calls for closure of irregular landfills, investment in waste separation and recycling and enhancing air quality, as well as improving the management of river basins.

Bozovic said the pre-accession funds for 2017 provide EUR 100 million for infrastructure projects in Brus, Blace, Kraljevo and Nis, which will double the current national capacity for municipal wastewater treatment.

The Green Fund, which is scheduled to start functioning on January 1, 2017, in accordance with the National Environmental Approximation Strategy, will also help adjusting to EU standards, she added.

Deputy Head of the EU Delegation to Serbia Oscar Benedict said that the environment is the most extensive chapter in the process, as well as among the most complex and challenging ones in terms of financing.

“Chapter 27 is about one third of total European legislation. It is expensive and requires huge investment, but it is also important, because it concerns the quality of life of all citizens,” said Benedict.

The presented project “Further implementation of the National Environmental Approximation Strategy” will last until October 2018, with financial support from the EU, and will help Serbia implement European regulations and plan environmental protection projects.