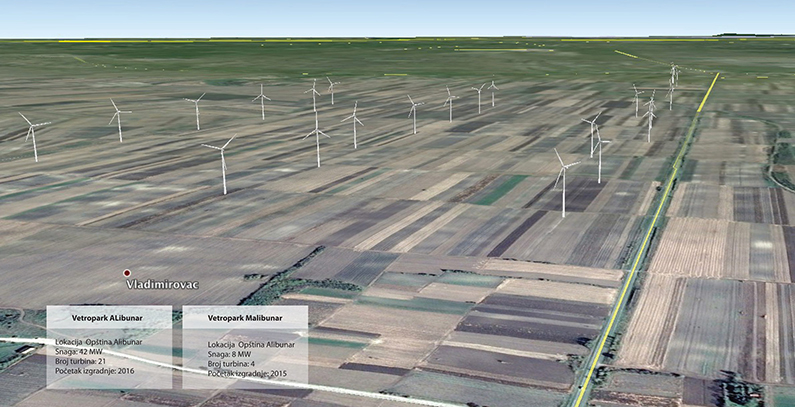 Senvion, German manufacturer of wind turbines, has closed financial contract to supply turbines to Elicio NV’s 42 MW Alibunar wind farm in Serbia. This would be the first Senvion’s project in Serbia, the company said.

Senvion has closed the financial contract for the Alibunar wind farm with Elicio, for the delivery, installation and commissioning of 21 MM100 turbines.

The installation is planned to take place in the first half of 2018, ahead of schedule, sine originally, the installation was to be completed in the fall 2018. Alibunar is located close to the Malibunar wind farm, where four Senvion MM100 turbines will be installed in the second half of this year for another project. Senvion will take care of servicing over a period of 15 years for both projects.

“We are happy to be building our first projects in Serbia, this, and early next year. Our activities in Serbia mark a milestone which reflects our successful strategy to enter in new markets. With a strong hub in Milan, Italy, Senvion is well positioned to serve the whole Southern European market very efficiently and the opening of a Senvion local branch in Serbia, we have the right team in place to be a strong partner for our customers in the Balkan region,” Senvion CEO Juergen Geissinger said.

“The financial closing of the project is a benchmark for Senvion in Serbia,” Carlo Schiapparelli, Managing Director Europe South-East at Senvion, said thanking Elico NV for its continuous confidence and cooperation.

The Alibunar wind farm will be located in the village by the same name, 60 kilometers north of Belgrade. The 21 turbines with a hub height of 100 meters and rated output of  2 MW each will together produce enough energy to power around 27,600 households on average p er year.

Elicio is a Belgian company that in 2014 took over the projects of Electrawinds company, including Malibunar and Alibunar in Serbia. Elicio is part of Nethys group, an energy and telecommunications giant.

Senvion develops, produces and markets wind turbines with rated outputs of 2 MW to 6.15 MW and rotor diameters of 82 metres to 152 metres.