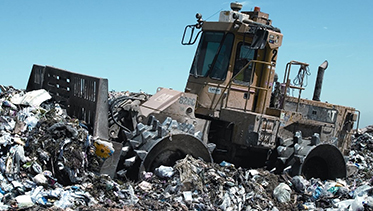 Workers came to waste landfill Meka at Ludbreg, a town in the northern part of Croatia, to start recovering it. Total worth of the remediation of the municipal facility is HRK 37 million (EUR 4.9 million), financed with more than EUR 4.1 million from the Cohesion Fund of the European Union, while EUR 628.000 is secured by the Environmental Protection and Energy Efficiency Fund (FZOEU).

Minister of environment and nature Slaven Dobrović said at Ludbreg the aim of the rehabilitation of the Meka landfill is to increase the quality of life for citizens and the protection of the environment. The facility managed by the local authority extends over an area of 34.278 square metres. Waste was landfilled from 1994 until the beginning of 2015, when it was closed.

Nataša Dankić Sliepčević from FZOEU stressed the same model of financing has already been used in repairing three landfills, and that implementation is ongoing at nine locations. According to her, total worth of grants is EUR 32 million, and the aim is that all landfills in Croatia are remedied by the end of 2018.