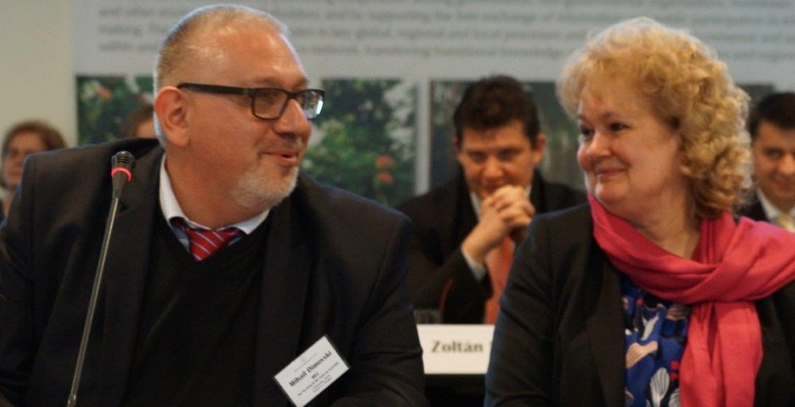 The Regional Environmental Center for Central and Eastern Europe (REC) announced Mihail Dimovski as its new Executive Director from February 1, 2017.

Mihail Dimovski was selected following the unanimous decision of the members of the REC Board of Directors, as an expert who had previously been in the organisation since 1999. He has returned to the REC after several years in the Environment Agency Austria as well as in some of the leading multinational consulting companies, where he held senior roles in project planning, acquisition and implementation.

“Dimovski’s résumé demonstrates skills and competencies that are fundamental to an insight of strategic challenges and opportunities in the REC region,” said Jari Vilen, chair of the REC Board of Directors. Vilen, who is also ambassador and head of Delegation of the European Union to the Council of Europe, added: “Dimovski has a broad understanding not only of the region, but also of the REC, as he spent close to 14 years in the REC as topic area leader and REC senior expert on law, enforcement and compliance.”

“We need to continue to evolve and become more competitive. In order to be able to do great and significant work we will need to grow our economic, professional and technical capacities,” Mihail Dimovski told the REC’s General Assembly accepting the position.

He will replace outgoing executive director Marta Szigeti Bonifert, who has held the post since 2003. She is credited for overseeing improvements in the structure and management of the REC, among them in education for sustainable development, climate diplomacy, public participation, and water management.

During her 13-year-long tenure, the REC has grown into a fully fledged international organisation, with the support of its founders – the United States, Hungary and the European Commission, as well as the political support of all the REC’s Signatory Countries. During the period, the REC has implemented projects and programmes worth a total of EUR 170 million.