Radovic: Waste to be used more as alternative energy source 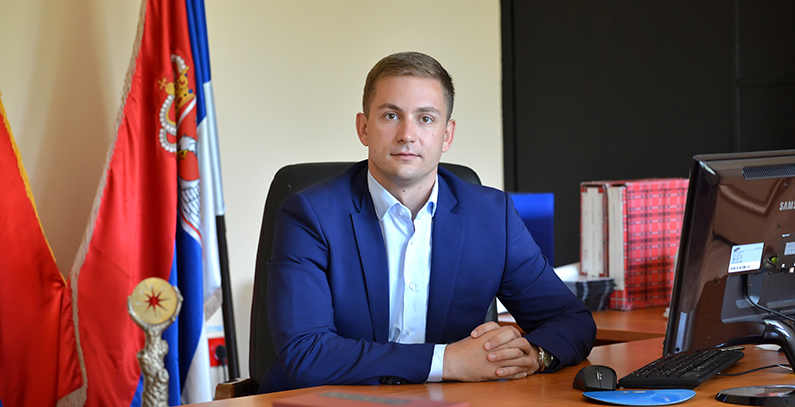 Filip Radovic, Director of the Serbian Environmental Protection Agency (SEPA), spoke to Balkan Green Energy News about the trends in waste management in Serbia and getting in line with European Union standards. He said the EU Waste Framework Directive should be fully included in Serbian legislature in 2018 and added that regulations on cross-border waste transport are being drafted. Radovic also spoke of the need to re-use waste from thermal power plants such as coal ash and the effects of measures introduced to monitor hazardous waste in Serbia. One of the things he singled out is identifying problems and obstacles in the use of waste as alternative fuel, especially biomass.

What is the general trend in Serbia in regard to waste, are the amounts of waste dropping and why? How does that trend compare to the European Union and are we generating more waste than the EU average?

Serbia generates some 9 million tons of waste a year, or 1.3 tons per capita. That amount varies from year to year and we can’t predict future trends with any certainty. If the economic environment in Serbia improves in the near future the overall amount of waste will rise. Every change in technology processes leads to changes in the generated amounts of waste.

The amount of waste generated in Serbia is lower than that in EU member states but the amount of waste in the entire EU dropped by some 25 percent between 2004 and 2012, according to the European Environment Agency. The primary reason is the efficient implementation of the Waste Framework Directive and other directives in the field as well as the implementation of the waste hierarchy principle. That directive has not been fully incorporated into Serbian legislature but that is expected to happen in 2018.

Also, most EU member states try to re-use as much waste as possible which primarily means recycling and its incineration in the appropriate way. According to available information, Germany doesn’t practically dispose any waste at landfills, but send it either to recycling or incineration.

Most of the waste in Serbia, some 70 percent, comes from thermic processes, that is the biggest waste generators are thermal power facilities. What are the most frequent ways of dealing with waste such as coal ash, is it adequately disposed of and what should be changed?

Waste from thermal power facilities is most often taken to the landfills of those facilities as is the case in the Nikola Tesla A and B plants in Obrenovac. Ash is brought to those landfills moist, covered with a thin layer of water which prevents it from scattering in the wind. At present, that is the best possible way to dispose of that type of waste.

The amount of generated and collected communal waste continues to drop along with a slight rise in the scope of gathering. That primarily shows that the collection system for certain factions of communal waste, such as waste paper and cardboard or packaging and other forms of waste is successful in local communities. The other reason is the drop in the purchasing power of the population because of the economic crisis. The third reason is the separation of communal waste from waste containers by individuals. Available information shows that in some municipalities in Serbia that form of separation is so significant that communal services companies do not have a chance to collect the more valuable waste which is targeted for primary waste selection.

A SEPA’s report on waste management for the 2011-2016 shows that large amounts of waste are exported even though they could be processed in the country. What are the further plans for development of waste exchange service?

The development of a waste exchange in Serbia is something that the Agency is working on but the final word on setting it up, how it operates and its implementation should be something the new [Environmental Protection] Minister decides. The waste exchange service is expected to have a very significant positive effect on the existing recycling industry in Serbia as well as on the development of new facilities.

Work is underway to draft regulations on cross-border transport of waste and a Decree on the Waste Market will be drawn up later. The Agency has started working on establishing an information system for cross-border waste transport which will give the Ministry easier access to required information and documents and make the job of the Agency in tracking waste imports and exports easier and more efficient.

Meeting the EU requirement and standards in waste management is one of our country’s priorities because that is part of the important conditions in the EU accession process. Serbia will have to complete large-scale infrastructure projects in waste management during that process in line with the Landfill Directive and domestic legislature. The Waste Management Strategy for 2010-2019 includes the building of 26 regional sanitary landfills with separation centers for recyclable waste, composting/MBT facilities and transfer stations along with the closure and re-cultivation of existing dumps. According to Agency data there are 160 of those.

Three regional centers with sanitary landfills are being built in Subotica and Indjija (about 65 percent complete but waiting for finances and solutions to technical problems) and Nova Varoš where it is 20 percent complete for the same reasons.

The estimate is that some EUR 920 million are needed to meet the requirement in the Landfill Directive in Serbia and that is just for infrastructure projects. Serbia is planning to use international aid which includes grants, bilateral donations, international organizations (the Global Environment Fund, UNDP, UNEP), Western Balkan Investment Framework and loans from international financial institutions for waste management projects. Also, large investments are expected from the private sector (funds from the national and provincial budgets and local budgets) and the Green Fund in future.

The grants are predominantly from the EU through the Instrument for Pre-Accession Assistance IPA. Those funds include some EUR 1.5 billion for Serbia in the period 2014-2020. About EUR 160 million are earmarked for the environment and climate change, most of which is for waste and waste water management.

What are the plans to use waste as a fuel in industry, primarily for the cement industry which has ambitious plans in the regard?

The Waste Management Strategy defines Serbia’s strategic goals in the field one of which is stimulating the use of waste as an alternative fuel in cement plants, steel plants and thermal power plants using the waste hierarchy principle.

One of the jobs is to identify problems and obstacles to the use of waste as an alternative fuel, especially biomass which is the biggest and most important renewable energy resource, as well as to propose concrete things to do in solving problems using available resources and strategies in line with EU directives.

The shortcomings in waste management in Serbia include an underdeveloped system of collecting waste biomass to provide renewable energy or useable products, that is composting.

We also need to work on raising awareness in the economy on the need and importance of using waste biomass to get renewable energy, that is to increase energy efficiency and lower the amounts of waste generated in Serbia.

We need to set up an appropriate and acceptable model to introduce a system to gather, prepare and turn waste biomass into renewable energy (heat/electrical), fuel or useable products such as pellets and similar. The condition to introduce that model includes detailed analyses of the existing situation with data on the current amounts of waste and how it is dealt with.

Are you happy with the effects of the registry forms on hazardous waste movement adopted in mid-March?

Those forms are a very important source of information on waste management in Serbia as well as being an important control mechanism for other reports. Their importance will be evident in 2018 when the Agency gets very detailed data on generators of hazardous waste. That data will certainly include the people who do not submit data on waste generation and will make a significant contribution to improving the quality of the data published by the Agency.

Information on the movement of hazardous waste has been included in the National Register of Pollution Sources as of March 15 and shows that to date there have been 14,350 cases of that type of waste moving through Serbia. Generators of medical waste welcomed the introduction of the forms since more than a third of them were filed by medical institutions marking a significant step forward in reporting.