Public-private partnership: EIB is interested in PPP projects in Serbia 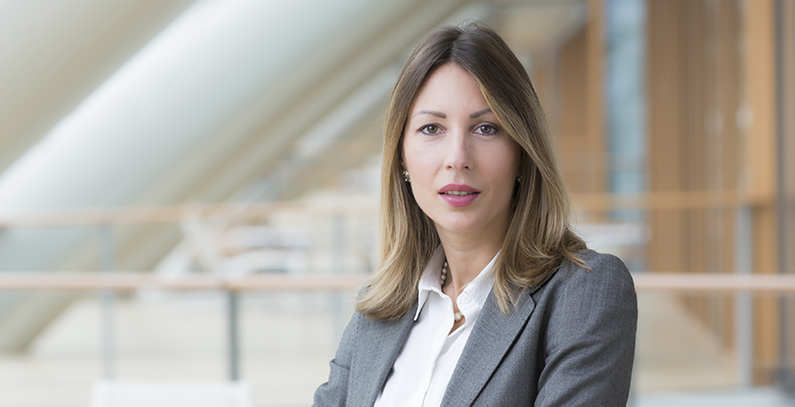 In 80% of public-private partnership (PPP) projects in Europe the public sector pays compensation to a private partner and the concession model has been less often used, said Dubravka Negre, Head of European Investment Bank’s (EIB) Regional Representation for the Western Balkan. Following is her interview for Improving Energy Efficiency through Public-Private Partnership Model publication.

Over the last three years, the EIB lending to PPPs has exceeded EUR 5 billion. In Serbia, the Bank is actively discussing a potential support to the Waste to Energy PPP project in Vinča developed by the City of Belgrade. EIB is looking with great interest at the additional projects to be possibly financed on a non/limited-recourse basis such as the airport concession in Belgrade, Negre said. “Experience shows that PPPs are a valuable way of delivering public infrastructure assets and services if properly prepared and procured. The EIB has extensive experience to accompany Serbian promoters in making such projects bankable”, Negre explained.

What are some positive experiences with PPP projects and what are the challenges? What is the trend – has number of projects done under the PPP model increased?

In 28 EU members, Western Balkans and Turkey, 69 PPP transactions reached financial close compared to 49 in 2015, a 41% increase. They represented an aggregate value of 12 billion euros. However, since the heydays of 2007, the European PPP market has contracted. There are many explanations to this, ranging from the effect of the financial, economic and sovereign debt crises, to government policy choices related to infrastructure development. Interestingly, this market contraction doesn’t mean that PPPs are less popular or unlikely to play an important role in delivering public infrastructure in Europe in the future. A noteworthy development of the last few years is that the concession model (based on users paying for the service provided) has been less often used, as nowadays over 80% of PPPs are based on availability payments from government.

EIB started financing PPP projects in Europe over 25 years ago, mostly in Western and Northern Europe. Historically, the United Kingdom has been the country with the highest number of PPP projects. In the recent past, many PPPs were also signed in France, the Netherlands, Ireland, Germany but also in countries like Spain, Portugal and Greece. Transport is the sector that has attracted most PPP projects followed by health and education. In 2016, the EIB provided EUR 1.4 billion of financing to PPP projects both in mature and new markets.

How important are PPP projects for your institution? What criteria are used for the allocation of resources?

Experience shows that PPPs are a valuable way of delivering public infrastructure assets and services if properly prepared and procured. The decision to opt for a PPP delivery model is one for government and the Bank in not involved in these policy choices unless the public partner request our advisory services. However, when asked to finance a PPP, the EIB conducts a very detailed analysis of the PPP from technical, financial, credit, economic and legal points of view. The allocation of risks between the public and private partners is key to this analysis, as risks need to be adequately identified, evaluated, allocated, and mitigated. Clearly, the Bank’s accumulated experience over the years enables it to benchmark specific PPP projects to best market practice.

In 2016, the EIB provided EUR 1.4 billion of financing to PPP projects both in mature and new markets.

What are the Bank’s plans regarding development of PPP in Serbia? What should Serbian side do to take advantage of this opportunity for cooperation?

EIB has started looking at several PPP projects being prepared in the Western Balkans, mostly in Serbia. We are actively discussing our potential support to the Waste to Energy PPP project in Vinča developed by the City of Belgrade, which may become a milestone project in this respect. Moreover, we are looking with great interest at the additional projects to be possibly financed on a non/limited-recourse basis such as the airport concession in Belgrade. The EIB has extensive experience to accompany Serbian promoters in making such projects bankable by addressing a number of obstacles to overcome among which the most important are the country credit risk as well as the relatively long and complex initial work needed to prepare and procure sound PPP projects. These tasks require significant resources and specific skills, and experience on the public sector side, sometimes scarce not only in Serbia but in other developing countries as well.

Serbia on its path towards the EU is required to implement very demanding standards in the field of environmental protection and energy saving, which will require significant investments. How do you see the role of PPP in this regard, given the policy of austerity?

PPPs could bring significant added value to the public sector because they ensure the delivery of quality public services (for example maintenance of a school estate) over the long term and enable the spreading of the cost of the investment and services over a long period of time. However, if a project itself is not affordable or economically and financially justified, delivering it through a PPP model will not solve the issues. It is important to stress that PPPs require a certain fiscal and budgetary discipline such that the actual and potential liabilities of the public sector arising from PPPs are duly recognised and accounted by central government and local authorities. For example, fiscal discipline is required to overcome the fact that public budgets often look forward for no more than three years, whereas PPP liabilities could stay for 20 years or longer.

PPPs require a certain fiscal and budgetary discipline such that the actual and potential liabilities of the public sector arising from PPPs are duly recognised and accounted by central government and local authorities.

What is the role of The European PPP Expertise Centre (EPEC)? What have been the EPEC’s activities in the Western Balkans so far, and is Serbia using enough the opportunities that EPEC offers?

EPEC is part of the advisory services of the EIB. It is also a network of public bodies in charge of PPPs in their countries and has over 40 members across Europe, including Serbia. The role of EPEC is to help the public sector engage in sound PPP programme and projects.  It does so by helping public authorities better understand the PPPs at the level of government policy, designing PPP programmes and developing PPP projects. Serbia has started to put in place a PPP framework and is trying to implement some public infrastructure projects as PPPs. Doing this requires a lot of political commitment and capacity building in the public sector, in particular when it comes to preparing sound PPP projects on strategic/flagship infrastructure. EPEC has helped a little bit with the design of the recent PPP law in Serbia and going forward is available to support further public promoters in the Western Balkans, including Serbia.

Improving Energy Efficiency through Public-Private Partnership Model is published by the Chamber of Commerce and Industry of Serbia in cooperation with Balkan Green Energy News and the Standing Conference of Towns and Municipalities.