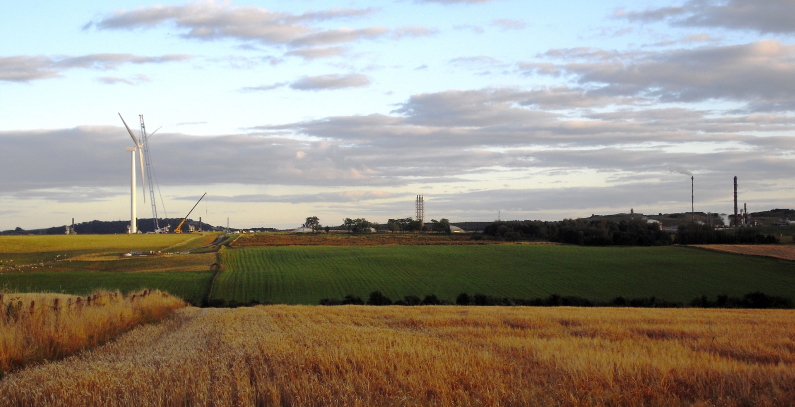 The invitation to companies for expressions of interest for the delivery and installation of equipment for wind park Bogdanci lasts until March 23. Elektrani na Severna Makedonija postponed the deadline, originally set for March 2.

North Macedonia’s state-owned power utility is receiving applications for prequalification in the project to expand wind park Bogdanci. The two tender notices published by Elektrani na Severna Makedonija AD (ESM) are for the purchase of three or four turbines and the balance of plant – accompanying components.

The company estimates the investment at EUR 21 million. The deadline has been pushed back from March 2 and now it expires on March 23. The wind power plant’s capacity should grow to over 50 MW, translating to an output of 137 GWh per year.

The extension with a planned 13.8 MW would be equivalent to an annual production of 37 GWh, officials said. In the documents, the addition is listed in the range of 13.2 MW to 15 MW.

ESM has said the selected contractor for the first lot, for basic equipment, would need to supply and build the turbine foundations. The contract is for long-term services and a power curve guarantee. It includes general project management, design and engineering, procurement, insurance and transport of the gear, factory testing and a trial after the delivery and site infrastructure.

The main provisions for the second part of the tender are for the internal medium voltage and fiber optic cable network, the connection to the existing transformer, internal roads and crane platforms and temporary storage areas. The sought services also include general project management, design and engineering and procurement of equipment and machinery.

Additionally, the second lot of the engineering, procurement and construction project lists permitting procedure, software and the validation and testing of internal roads.

The procurement and evaluation are conducted in line with the rules of Germany’s KfW Development Bank, which approved an EUR 18 million loan.

Separately, ESM is procuring security services for the existing 16 turbines and substation and the access road. The facility is located in the country’s southeast on 160 hectares at 300 to 500 meters above sea level. The 36.8 MW power plant was commissioned in 2014.