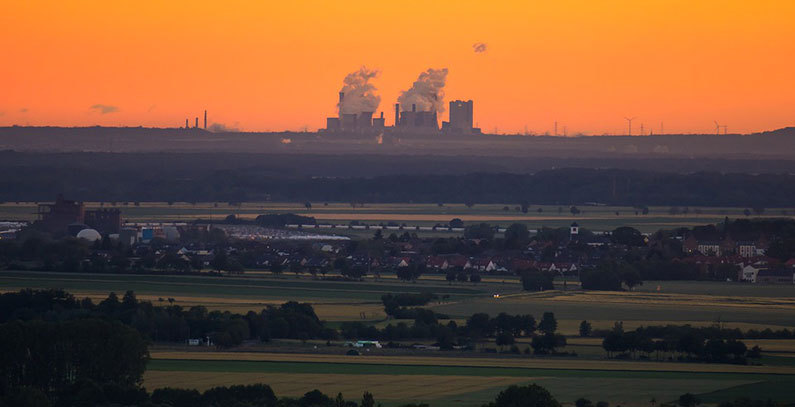 All Contracting Parties which have coal in their energy mix are not in compliance with the emission ceilings established under their National Emission Reduction Plans (NERPs) for at least one of the three pollutants (nitrogen oxides, sulphur dioxide and dust) from the Large Combustion Plants Directive, finds the Energy Community Secretariat’s Annual Implementation Report.

The implementation score has increased from 43% to 48% during this reporting period. While Montenegro remained the leader (Report for 2018), for the first time, North Macedonia with its bold reform measures has surpassed Serbia to claim the second place, the Energy Community Secretariat’s report reads.

Given that Serbia has not yet adopted a NERP, its large combustion plants have to comply with the emission limit values of the Directive on an individual basis. For the majority of Serbia’s plants, this is not yet the case with sulphur dioxide emissions, which is particularly worrisome.

According to the Secretariat’s report, a number of power plants subject to the Directive’s opt-out mechanism, which have to cease operation by December 31, 2023, by reaching 20,000 operating hours after January 1, 2018, may start closing as early as 2020.

If operated at the same level as in 2018, Montenegro’s Plevlja power plant will have to shut down already next year, unless measures are taken for a technical upgrade to meet the stricter emission limit values of the Industrial Emissions Directive. BiH’s Tuzla (Block 4) is next, with a foreseeable end of operation in May 2021, followed by three plants in Serbia, which will use up their 20,000 hours before December 2023 if the operation continues in the same manner as in 2018. 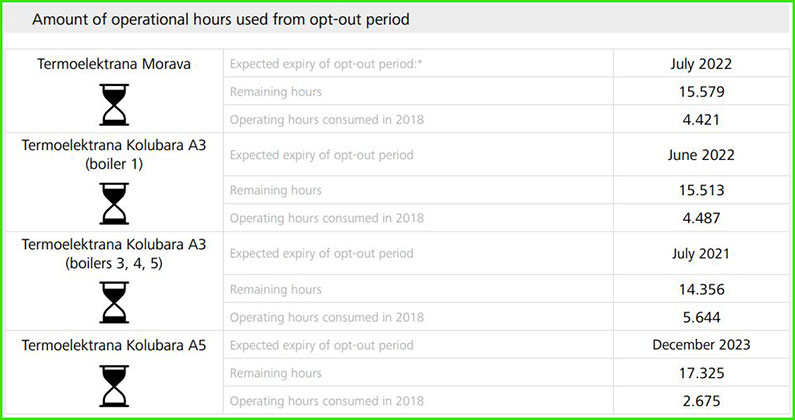 Adoption of 2030 targets not in sight

According to the report, the planned adoption of 2030 targets on energy efficiency, renewable energy, and green house gas (GHG) emission reduction and the incorporation of the Clean Energy Package did not materialize, and not even a serious debate among decision-makers has taken place.

“The decarbonization commitments under the Paris Agreement notwithstanding – without common targets, the level of ambition is left to each Contracting Party and in most cases is below the European mainstream,” the report finds.

The absence of targets also affects integrated energy and climate planning, which should have been much more advanced at this point than it actually is, according to the report.

Reform of the Treaty to be discussed on December 13

This year’s report flashes light on the Energy Community’s enforcement and dispute resolution activities. Since 2008, the Secretariat has investigated 103 cases, with environmental and state aid cases on the rise. In a number of cases, the Ministerial Council has established a serious and persistent breach of the Energy Community Treaty, but the non-compliance has not been rectified.

“Issues of paramount importance for the entire region, such as the resolution of a dispute between the transmission system operators of Kosovo* and Serbia or compliance of the Tuzla 7 coal-fired power plant project with state aid rules, can hardly be resolved with the current enforcement mechanism,” the Deputy Director Dirk Buschle added.