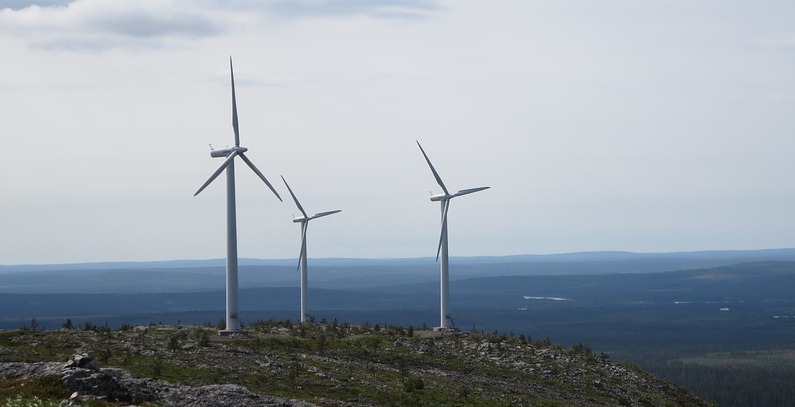 Greek Center for Renewable Energy Sources (CRES) is going to enable Agios Efstratios, also known as Ai Stratis, a small Greek island on the edge of the Aegean Sea, to have its own heating system based on renewable energy sources

The Ai-Stratis–Green Island project aims for at least 85 percent of the island’s energy consumption to come from sources generated by wind and photovoltaic systems.

When representing the research phase of the project, in 2012, CRES announced that it would implement mature technologies of Renewable Energy Sources (RES), Energy Storage and Energy-Saving, and that the innovation of the project was the high penetration, objective at 100% and not less than 85% of renewable energy sources (RES) to the autonomous and weak electricity grid of Ai Stratis island.

Like many other Greek islands located far from the mainland, Ai Stratos is not connected to the national electricity transmission network. So far it has been relying on Public Power Corporation diesel generators.

Both wind and photovoltaic systems will be installed on island soon, according to the West Macedonia development Company (ANKO), in charge with the study of project. A big turbine installed along with the photovoltaic park will produce electricity whose surplus will be converted into thermal energy, then stored into energy tanks and with a new heating network construction will provide heating of island’s buildings and houses.

The budget for the project is EUR 5 million, while cost of the heating network construction is about EUR 1.5 million. National Strategic Reference Network (NSRF) 2014-2020 is funding this project as part of the CRES pilot program.

Once the new system becomes operational Agios Efstratios will join another Aegean small island Tilos, that has already started its transition into truly green and energy sustainable location using only wind and solar power. This past summer the construction of a hybrid, renewable energy-based battery station and smart micro grid, the first ever in Greece, began in Tilos.

The Greek Tilos project was the first ever winner of the Energy Islands Award this year, part of the EU Sustainable Energy Week (EUSEW) Awards 2017, for innovative energy projects for its contribution to the island’s energy security through its ground-breaking battery-based hybrid power station. The project was also the winner of the Citizens’ Award, chosen from the 12 finalists in an online poll with over 10 000 votes.