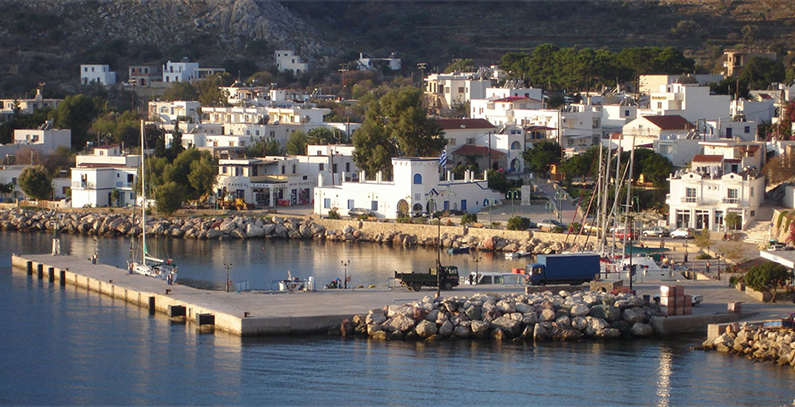 Greek island of Tilos, near the island of Rhodes, is heading towards big change in its power supply system which will enable it to become truly green and energy sustainable using only wind and solar power. This summer the construction of a hybrid, renewable energy-based battery station and smart micro grid, the first ever in Greece, will begin in the island.

The construction of the system is the centerpiece of the TILOS project, one of the finalists for this year’s EU Sustainable Energy Award.

“It is a great honour to be among the three finalists in the Energy islands category. It gave us publicity and enabled us to channel some of the main issues and problems which the remote islands, especially small ones, are facing,” Dimitris Zafirakis, energy engineer and project coordinator, told Balkan Green Energy News portal, an official media partner of this year’s EU Sustainable Energy Week initiative.

The TILOS project started in February 2015 with the aim to show how islands can move away from relying on expensive and polluting oil-based energy imports, avoid power cuts and contribute towards renewable energy growth.

He said that for every MWh of clean energy produced by the TILOS system, 640 kg of CO2 emissions will be saved. That means the CO2 reduction on annual basis will reach almost 1.5 kilo tons.

The system was designed by the Piraeus University of Applied Sciences (PUAS). famous for its Soft Energy Applications & Environmental Protection Lab that has been working on hybrid energy solutions for island regions for more than twenty years.

“After getting in touch with the municipality of Tilos and local inhabitants, we decided to explore funding opportunities for such a project that would turn the island of Tilos into the blueprint for a new energy paradigm, promoting clean energy production based on a local scale, RES-storage energy solution and smart micro grid,” Zafirakis, who is a senior researcher at the Soft Energy Applications & Environmental Protection Lab, said.

He added that the overall project budget is around EUR 15 million, of which EUR 11 million was provided by the European Commission through Horizon 2020, while the rest was secured from private funding.

Zafirakis pointed out that the project is also in line with the culture of the islanders, who are in favour of protecting the local environment, and who are at the same time facing low quality of supply.

Switching to renewables to secure supply

The island of Tilos is currently supplied with oil-based electricity from neighbouring Kos via an undersea cable that is vulnerable to faults. Switching to wind and solar power should make the island with population of around 400 inhabitants more energy resilient. This will be achieved by installing a single wind turbine, a small scale photovoltaic park and an integrated battery storage system.

“Our goal is to encounter first the problem of power cuts. This will be resolved by our hybrid power station providing local RES power generation, and sufficient backup through the battery storage system,” Zafirakis said.

The TILOS system, when complete, will cover approximately 70% of local demand in stand-alone operation, with the vision being to get close to 100% in the near future.

“Once the system becomes operational, we would like to explore the opportunity to create an Energy Cooperative, with the involvement of the islanders, aiming to expand the system in order to reach 100% energy autonomy,” he said.

He said that the majority of local households are equipped with a smart meter and demand-side management (DSM) device, which enables local consumers to monitor their consumption closely and as a result it will lead to energy savings.

The engagement of the local inhabitants in the project was very important. Education and training have been organized so that they can learn about benefits of smart meters, and how the overall system works.

Zafirakis said that it is of key importance that local inhabitants get a clear picture of the project’s goals, potential and implications and learn about the opportunities both at personal and at community level.

The project encounters broad public acceptance with the support of 95 percent of citizens according to the poll.

Solutions for other European islands

The idea behind the project is to share implementable results with other European islands and to this purpose a platform involving Pellworm, La Graciosa and Corsica was established.

“Our message to smaller communities is to explore similar opportunities, not only to eliminate energy dependence on oil imports, but also to boost their local economy and development prospects via green economy”, Zafirakis said.

He said that one of the main challenges was how to accelerate the process of obtaining permits, adding that local legislation will probably have to be amended to reflect changes on the ground.