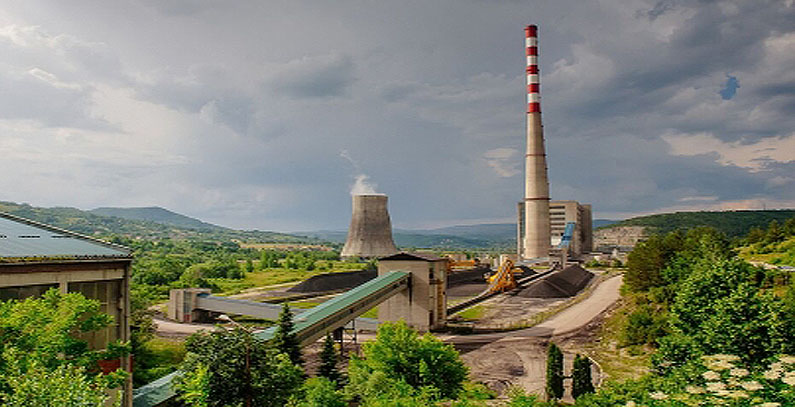 The ratification and drafting of a law to implement the Paris Agreement on climate change has caused a public debate in Montenegro over whether the agreement will or won’t endanger the construction of a new block at the country’s only coal-powered plant in Plevlja. The government says the agreement poses no danger to the reconstruction of the existing block of the power plant nor to the new block while MP and parliament economy committee member Filip Vuković says that is not the case.

Vuković told Pobjeda daily that if parliament adopts the draft law submitted by the government to ratify the Paris Agreement, Montenegro can forget about the construction of a second block and that the existing block at the thermal power plant (TPP) in Plevlja will have to reduce its production. He also believes that the country’s strategic energy plans are not in line with the agreement.

The Plevlja power plant started operating in 1982 and is supplied with coal from two local open pit mines. The plant produces about a third of the country’s electricity with a power production capacity of 210 MW.

“Our wish to build a second block at the thermal power plant and increase production of electricity from coal runs directly counter to the ratification of the Paris Agreement which we have signed and the logical conclusion is that if parliament adopts the law we won’t be able to build the second block and reduce power imports. It would also mean that the existing block would have to reduce production in order to lower CO2 emissions, he said.

The Montenegrin Ministry of the Economy reacted to Vuković’s claims with a statement saying that the law to ratify the agreement had been drawn up after an analysis into all possible effects the implementation of the agreement could have, adding that the construction of the second block at the thermal power plant in Plevlja would contribute to the fight against the negative effects of climate change.

The process of adopting the draft law by the government was accompanied with a huge study dealing with the social and economic consequences of the Paris Agreement and the Ministry of the Economy was especially interested in the effects of the agreement on the construction of the second block and the reconstruction of the first block at the thermal power plant, Minister of the Economy Dragica Sekulić said.

The statement said the government worked with the Global Environment Facility (GEF) and the UNDP on that study.

The government feels that the construction of the second block at the power plant brings economic and energy effects and will bring a sorely needed solution to the state of the environment in Plevlja. The launching of the new block and the ecological reconstruction of the first block will solve a significant portion of the ecological problems especially in terms of the planned introduction of central heating in the town, the ministry statement said.

The production of electricity from coal continues to be a real need in Montenegro and developed European Union countries and the implementation of the best available technology in line with EU environmental regulations are a condition for the second block project, the ministry said.

The Paris Agreement was adopted in December 2015 and came into force on November 4, 2016 and has been ratified by 154 of the 197 countries which reached the agreement. It calls for measures to limit the rise in global temperatures at a level of 1.5 degrees Celsius.

Montenegro plans to reduce its carbon dioxide emissions by 30 percent compared to the year 1990 by 2030.