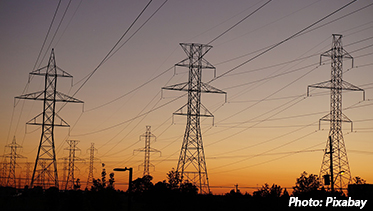 Romanian gas and electricity operator said it was designated by the Romanian Energy Regulatory Authority (Anre) as nominated electricity market operator (NEMO) for fulfilling tasks related to the coupling of the day-ahead and intraday markets. The designation of Opcom was performed according to European Union regulation for an initial period of four years.

The rules established a guideline on capacity allocation and congestion management, Opcom said on its website. The European legal act covers the implementation of the mechanisms of the European single electricity market according to its target model, establishing framework for the coupling of the electricity markets on day-ahead and cross border intraday horizons. The designation of Opcom as NEMO represents recognition of its performance and capacity to fulfil the tasks specific for market coupling in the context of European integration of the energy markets, according to the required level of exigence and the European best practices, also bringing complex responsibilities to which Opcom committed since the moment of participating in the 4M MC cooperation and that will be continued with same determination in the ongoing European projects, too.

Opcom trusts that the market participants will support its deployment, and that the authorities will perform the same determining role in Romania’s process of conformation to the European provisions with relevance for the Romanian wholesale energy market, the statement said.