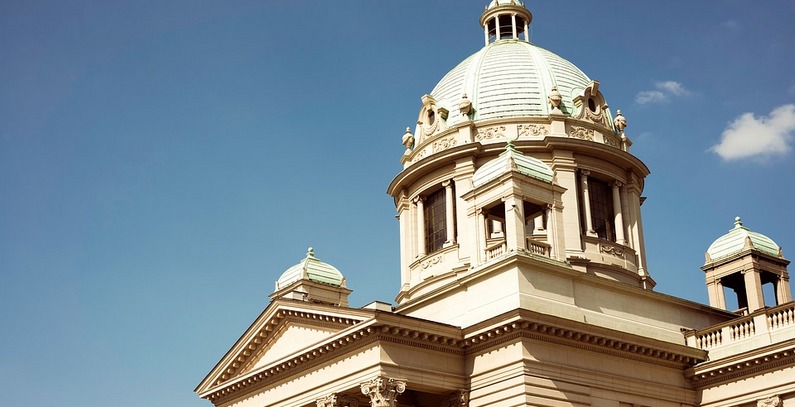 Thirteen out of 250 members of the parliament (MPs) of the Republic of Serbia have signed the Green Party’s initiative to protect drinking water as one of the most important resources under the Constitution.

The Green Party has announced that it will soon start a campaign to collect 150,000 signatures in order to bring the initiative to the agenda of the Serbian parliament.

The initiative was officially launched in the Serbian parliament two weeks ago.

The Green Party recently presented a five-point plan for the “unchecked surge of small hydropower plants (SHPPs),” with the plan’s key point being to protect drinking water under the Constitution and in the meantime to introduce a moratorium on the construction of SHPPs.

The ruling parties and the opposition agree on one thing at least – they are not interested in introducing the protection of drinking water under the Constitution, according to the Green Party.

Apart from Čabradi, the initiative was signed by three MPs from the ranks of the Party of United Pensioners of Serbia, six MPs from the Party of Modern Serbia, and three independent MPs – Aleksandar Čabraja, Miladin Ševarlić, and Nada Kostić.

The fact that 237 MPs ignored the initiative that would benefit all residents of Serbia today, as well as guarantee a decent life for future generations, indicates that the political elite is not interested in the well-being of citizens, Čabradi said.

According to Čabradi, the initiative was not even signed by MPs who used the opportunity provided by protests against small hydropower plants (SHPPs) to get into the media spotlight.

He thanked the MPs who supported the initiative, demonstrating courage and responsibility.

In the EU, water has been declared a human right under the constitution only in Slovenia, while similar initiatives failed in Belgium and Italy.

In the last several months, the region is witness to a growing number of voices coming from the civil initiatives and academia saying that water must be treated as a basic human right.