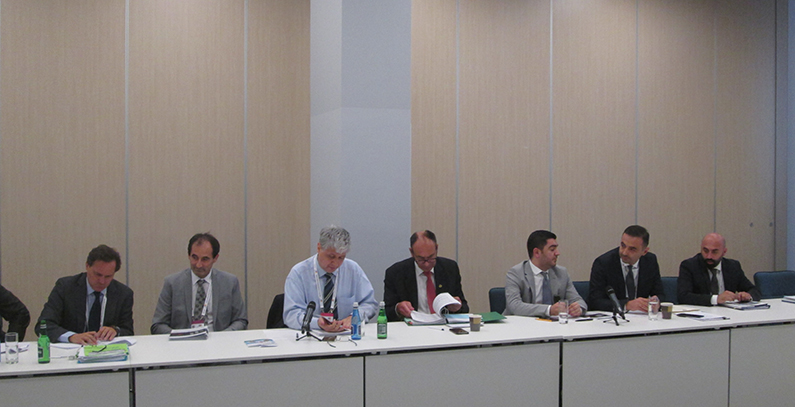 North Macedonia’s Ministry of Economy plans to adopt the Energy Development Strategy until 2040 by the end of 2019, said Economy Minister Kreshnik Bekteshi during the Business Forum held as part of the Western Balkans Summit Poznan 2019. The ministry has also prepared a draft law on energy efficiency.

By the end of 2019, North Macedonia will adopt the new Energy Development Strategy until 2040, which will be based on the five pillars of the EU Energy Union Strategy (security, solidarity and trust, fully integrated internal energy market, energy efficiency, climate action – decarbonizing the economy, and research, innovation and competitiveness), Bekteshi said.

The minister said that he expects a draft law on energy efficiency to enter the adoption procedure.

The draft law will offer new solutions in order to improve the business climate for most small and medium-sized enterprises (SMEs), Bekteshi said.

He noted that North Macedonia has done a lot in the energy sector in a very short period of time.

This is an even bigger achievement if it is known that the country was in the group of countries with a significant lack of energy sector reforms, Bekteshi said, adding that with the adoption of the new Energy Law, in May 2018, North Macedonia set two main goals – to boost renewable energy investments and to increase energy efficiency.

According to Bekteshi, the Energy Law also enabled the opening of the electricity market which was followed by a 10% increase in the number of licenses for electricity trade and supply.

At the beginning of the year, the Government of North Macedonia announced tendering for the construction of solar power plants with a combined capacity of 200 MW, and for premiums for a 50 MW wind farm by the end of the year.

Bekteshi said that in June the government had launched tendering for the construction of solar photovoltaic (PV) power plants with a combined capacity of 35 MW on state land, in Amzabegovo (Sveti Nikole) with a capacity of 25 MW and in Makedonski Brod with a capacity of 10 MW.